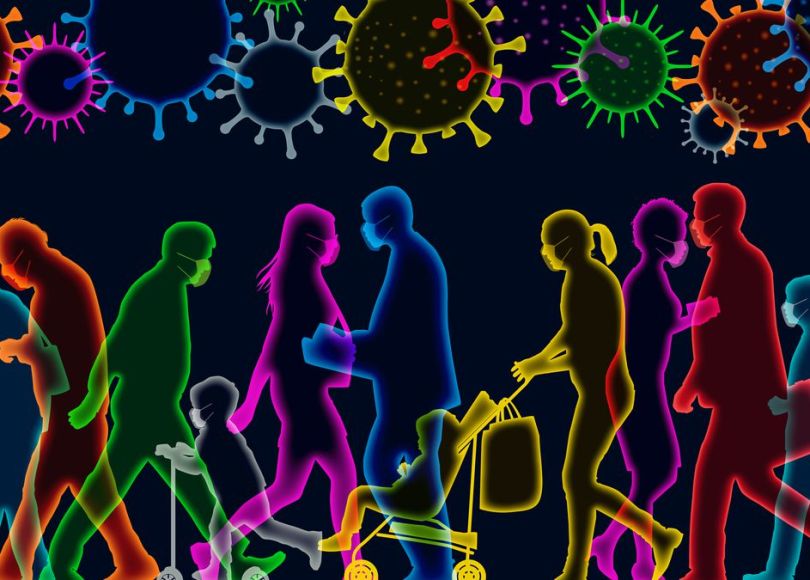 On The Stephanie Miller Show today (liberal talk-show host), she talked about her 98-year-old mother who has dementia and who recently entered an assisted living facility. While terrified of flying during the pandemic, she’s decided to see her anyway. She fears that it might be the last chance to see her alive.

My best friend confided in me today that his 95-year-old mother, who also lives in an assisted living facility, is depressed due to restricted visitation rules. He’s contemplating a visit this weekend due to expected additional restrictive policies from the state’s governor due to record Covid-19 infections every day for the past ten days. He, too, is worried he may never see her alive again.

A few weeks ago, we were expecting a visit from our three-year-old granddaughter and her parents, who’ve never been out to see us here in Oregon. They had to cancel because some employees tested positive for the virus at the facility where they work. It’s the second visit canceled due to virus concerns.

My friends, here we are some nine months into the worst pandemic in over 100 years, and I can’t help but think that these are the same kinds of decisions and situations affecting millions of Americans each day. It’s not getting better. It’s getting worse – much worse. Just as all scientists and experts told us it would, especially as the weather gets colder and people begin to have what’s being called “Covid fatigue.”

It’s gone so far off the rails in this country. I get it that people are sick and tired of this whole ordeal. Mark me down as one of those individuals. I’ve had people close to me come down with the virus, and although all have survived so far, their experiences were not pleasant in the least. Contrary to what some of our so-called political leaders have said, it’s not just a “bad cold.”

The idea that these so-called leaders are also actively spreading the disease is incomprehensible. But in the current politically divisive climate, what else should we expect? True to form, there are individual talk-show hosts on a particular network still spewing mindless drivel and downplaying this virus. I’d love to know how many infections and deaths can be attributed to their callous disregard for human life. Perhaps it’s one of those things we will never know for sure. I, for one, hold them directly responsible. Too bad we can’t prosecute them.

And now here we are on the eve of the holiday season. A time when millions of folks usually take to the skies and highways to visit loved ones and friends. How will that be this year? How many are making decisions, as we speak, to either stay home or assume the risk of traveling?

I suppose I’m somewhat lucky that I do not have to make such a gut-wrenching decision. But that’s only because both of my parents are now deceased. If either were still alive, I’d be in the same boat. I do not envy anyone who has to make this choice.

However, I’m cautiously optimistic that the tide may be slowly turning as it pertains to the virus. Vaccines are coming – sooner rather than later if recent media reports are accurate. I certainly hope that’s the case.

What makes me even more hopeful is that the incoming presidential administration believes in science and data. I know, hard to believe, right? And with that belief will come competence, empathy, and a team of people who will give this virus the prioritized attention it deserves.

So much time wasted; so many lives lost.

With that, let’s all do the best we can over the coming months to try and stop this virus in its tracks – yes, even knowing that a vaccine may soon arrive. Mask up, keep as far apart from people as you possibly can, and listen to the experts – not the crazies on social media or cable news channels that peddle snake oil and conspiracy theories. The damage they’ve already done is unconscionable. Ignore them – please ignore them.

And if you have to make a gut-wrenching decision on whether to visit a loved one or family member? All you can do is weigh the risks and do what’s right for you. Nobody can or should tell you otherwise. I feel for all of you who have to go through this.

And let’s also remember that help is on the way, whether it’s through effective vaccines, viable treatments, rapid and accurate testing, – or all of the above. It’s hard to stay positive in this day and age, but I think next year will be better. I really do.

Lastly, and perhaps most important, the adults are coming to Washington, D.C., on January 20, 2021. Too bad it’s not sooner. But, they’re coming, and for that, we should all be thankful.

If any of you would like to share a personal story or situation surrounding this virus, please feel free to do so.