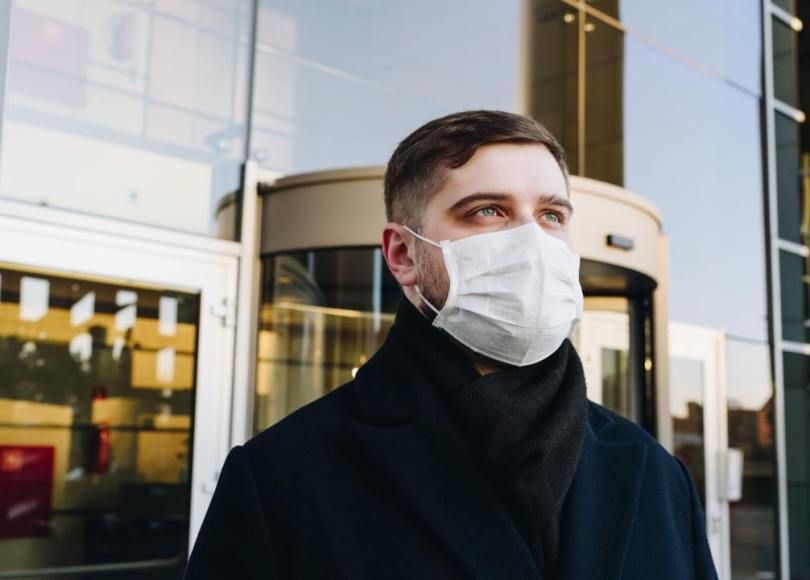 These days everything is up for grabs. In today’s hyper-sensitive political climate, it doesn’t seem to matter. One would think that if you’re told to wear a mask in public to protect you and the people around you from possibly contracting a dangerous virus, it would be a no brainer to wear the mask.

But these are not normal times if you didn’t know that already. We have an abnormal president with a group of followers whose main goal in life now is to “own the libs” at all costs–no matter the consequences.

And it’s becoming increasingly apparent that the mask issue is only the beginning. What we’re seeing is the political strategy of the current president becoming more evident by the day. And if the Democrats aren’t up to the task to counter-punch, we may be in for a sad day on November 3, 2020.

As we all know, everything this president does is political in nature—quite the contrast from the guy elected who loved to tout the fact that he wasn’t a politician. Well, he sure is one now. And if there’s ever been a more partisan politician in the history of the country, I’ll be glad to hear who that person was.

By now, it’s blatantly obvious that this president has decided to punt the football as it pertains to the pandemic. As far as he’s concerned, it’s all over. The scientists are no longer out front—the economic and political class are now in charge. The projections change daily, with Vice-President Pence saying it will be all behind us, come this Memorial Day.

It’s one thing to open up the entire country if there was a coherent and concrete plan from the federal government to help guide the states. It’s quite another when the administration is leaving all the heavy lifting up to those states. You’re on your own governors. That’s the plan.

And this is where the political plan comes into focus. Besides passing the buck, as this president so often does, Trump can now start to paint governors, especially the Democratic ones, as wishy-washy liberal snowflakes, who are too afraid of their own shadows to open up their states.

After all, he’s Mr. tough-guy-in-chief. Just yesterday, he proclaimed he was taking the unproven drug, hydroxychloroquine, to keep the virus away. He doesn’t care about trials or efficacy. “I heard people tell me it works,” he says. “What do I have to lose?” It doesn’t matter that there’s no evidence the drug does anything to help you get better if you have the virus, or keep it away from you in the first place. But for this president, it’s all about playing to his cult—and owning the liberal ‘weenie’ governors.

Ironically, he may start to get a few folks in his corner with this approach, and from an unlikely group: younger voters. Summer is on the horizon, and it’s time to go to the beach, party, and have a good time. In some states, only recently have the beaches begun to open up, many with restrictions in place. Most of these restrictions are from Democratic states like California and Oregon.

But it’s how this president operates. It’s all about dividing us, whether it’s social, political, or cultural. It’s what he does best, and his reelection chances depend on that division. If he can get a few more votes via younger pissed off voters, so be it.

It’s all about the narrative. Between the president, social media, his right-wing TV network, and all of the Republican sycophants in Congress, they’re masterful at painting the other side so that it resonates with a public that’s slowly running out of patience with all of the shelter-in-place restrictions.

It kind of goes like this: “Look at our president. He’s so strong and tough. He takes drugs because his gut tells him it’s the right thing to do. Who cares if it’s safe or not? He tells us to be warriors. He wants us to go back to work and get the economy moving again. How can we not follow such a courageous leader?

Oh, and what about those liberal governors. Look at Gretchen’s half-Whitmer’ from Michigan trying to tell us tough guys with military assault weapons to stay at home. The hell with her! And look at those snowflake idiots wearing masks. What the hell is wrong with them? What a bunch of cowards. I don’t need no stinking cover. This so-called damn virus is nothing but a Democrat hoax anyway. It’s barely as bad as the flu, and besides, the only ones dying are those damn black and brown folks. Who cares? Get the hell back to work!”

To further demonstrate the narrative, here are a couple of tweets from the right-wing Twitter world, and one from the Governor of New York.

The left says you should have a mask to keep you safe, even if you don’t need one

Why don’t they feel the same way about our right to carry a gun?

The least we can do is wear a mask.

This is the divide, folks. This is where we’re going over the next five months. Cuomo has the right idea, and it’s how Democrats must fight back.

Wearing a mask doesn’t make you a coward. As Cuomo points out, it shows respect. Most medical experts will tell you that wearing one protects others more than it protects yourself, although it certainly can give you some defense level.

But in the right-wing world, it doesn’t seem to matter. It’s all about proving a point: We’re strong, you’re weak. To me, it’s the opposite. I’m certainly not here to pontificate on whether you or anyone you know should wear a mask in public. I just think it’s the right thing to do.

And when I go out in public with my mask on at the local grocery store or retail establishment, I find myself getting a lot of looks from those who do not have one. Some even shoot a snicker or two my way. In my gut, I know who they’re going to support in 2020.

In other parts of the world, especially Europe and Asia, wearing a mask is as common as putting on a pair of shoes. In America, it appears as though it labels you a liberal or a conservative. I’m finding it harder and harder to understand my country.