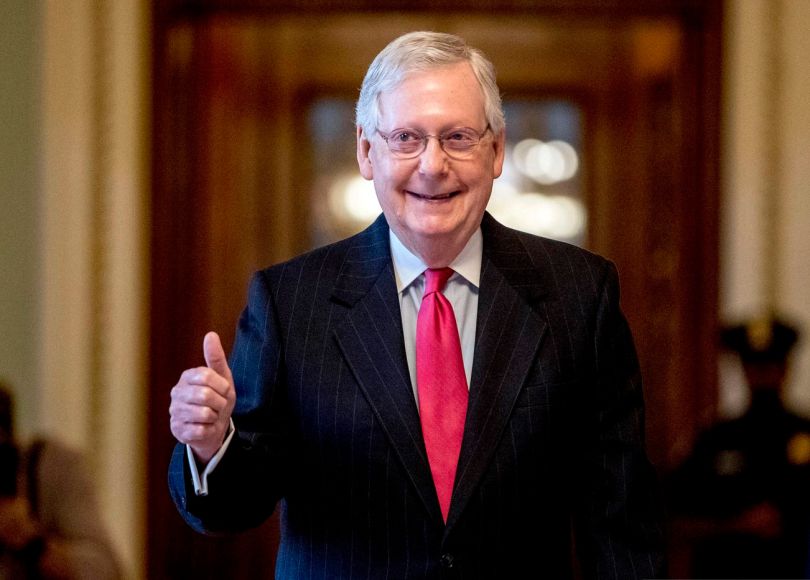 A letter to the voters of the great state of Kentucky:

For the last 36 years, you have elected Mitch McConnell to the United States Senate. The loyalty shown to Mr. McConnell is genuinely something I’m sure he takes quite seriously and appreciates greatly. However, this year, I’d like to ask you a favor. Would you please consider removing Senator McConnell by voting for Amy McGrath on November 3, 2020?

Yes, I know. Who am I to ask such a thing? Well, I’m a concerned American who currently resides in the great state of Oregon. I’m about as far away as you can get from your state, not just in miles, but also in political ideology. But I’m also an individual who believes that we can and should do better for all Americans. And the truth is, your Senator has almost singlehandedly stopped hundreds of pieces of legislation.

Now, you might think that all of this legislation is nothing more than an attempt to turn our country into the United States of Socialism. And why wouldn’t you? The Senator himself has declared that he is the only one standing in the way for such a calamity. After all, he’s anointed himself as the ‘grim reaper,’ the man in charge of obstructing all Democratic legislation.

But I’m here to tell you that’s not the case. Admittedly, I do not know every single piece of legislation coming across your Senator’s desk. But what I will say is that there are legitimate and worthy endeavors that would help all Americans, not just a select few at the top or other well-connected corporations and individuals.

For example, there are several bills regarding the security of our elections, such as the Securing America’s Federal Elections Act (H.R.2722), the Foreign Influence Reporting Act (S.2242), Duty to Report Act (S.1247), and the Election Security Act (S.1540). All of these bills would help safeguard our elections from foreign influence, require candidates to report offers of assistance from foreign governments, and require paper ballots in our federal elections, among other things.

But Senator McConnell continues to block these bills from even a debate on the floor. I’d ask that you ponder that for a moment. Why would he do that? It seems to me that as fellow Americans, you’d want to make sure foreign governments stay out of our business. For some reason, the Senator doesn’t think that’s necessary.

On health care, there’s the Protecting Americans with Preexisting Conditions Act (H.R.986), as well as the Strengthening Health Care and Lowering Prescription Drug Costs Act (H.R.987). Both of these bills are self-explanatory, but again, the good Senator doesn’t seem to think either is worthy of debate.

Frankly, I could go on and on. There are bills to raise the minimum wage (H.R.582), eliminate forced arbitration clauses in employment, consumer, and civil rights cases (H.R.1423), protecting consumers (H.R.1500), and protecting pensions (H.R.397). There are nearly 400 pieces of legislation that will never see the light of day as long as Senator McConnell remains Majority Leader.

But I get it. The Senator brings home the bacon, as they say. He makes sure you get your fair share of the pork that flows freely out of Washington, D.C. Why just last year, McConnell secured approximately $1 billion worth of federal spending and tax breaks to your great state. Having one of your own wielding that much power in our country must be quite intoxicating.

But folks, it’s not like your state is performing very well when compared to others. According to the U.S News and World Report, Kentucky ranks 44th in health care (49th in senior care according to the United Health Foundation), 38th in education, and 39th in the overall economy in their 2019 findings. According to the U.S. Census, your state also ranks 46th in poverty with a 16.9% rate, placing it in between Arkansas and Alabama.

So, my friends, how about we change course this year? Senator McConnell has had 36 years as one of your two senators. From the data I’ve provided, Kentucky can and should do better. I’m not saying that it’s all his fault. We’re a complex nation to be sure, and we can’t put all of the blame on one man.

But we can certainly concur that he’s a significant part of the problem, can’t we? Do you realize that our politics is controlled by the big money interests of billionaires and corporations? And do you also recognize that your Senator wants nothing to do with reforming how we finance our campaigns in America? He is the one person standing in the way of meaningful reform.

We’re supposed to be a government by the people, for the people, and of the people – not one controlled by a select few. Surely you can understand the dilemma the rest of America faces. We’re not getting anywhere with the political stalemate going on in Washington. Many of us would like to see some progress. I want to think that you do as well.

So this year, I’m respectfully asking that you consider a change. Head over to Amy McGrath’s website and see what she’s all about. Try to keep an open mind about her. I realize the political hatchet job has already begun. Your Senator is known as a rough and tumble politician who covets only one thing: power. And he’s not going to give it up without a fight.

She’ll be the next coming of Karl Marx before too long. But all you need to do is look at who she is, a 20 year Marine Corps officer who completed two combat deployments and flew 89 combat missions in Iraq and Afghanistan. She served in the Pentagon as Marine Corp’s liaison to the State Department and other federal agencies. She earned a master’s degree in global security from Johns Hopkins University and is a graduate of the Center for the Study of Weapons of Mass Destruction’s Program for Emerging Leaders.

She’s also received several honors, medals, and other awards throughout her 20-year military career. Born in Cincinnati, Ohio, but raised in Kentucky, Amy is 45 years old, married, and has three children. Currently, she lives in Georgetown, Kentucky.

Her views and policy positions are considered the middle of the road. She’s referred to herself as a moderate democrat. Again, your Senator will portray her as something much more scary and radical. Please do not fall for it. The facts do not support such a depiction.

So Kentucky, the rest of America awaits your decision on November 3, 2020. Please keep an open mind and give Amy McGrath a fair shake. That’s all we can ask because the stakes in this election are as high as ever. Progress on a whole host of issues hangs in the balance. I realize that Democrats don’t have all the answers. But I also recognize that your Senator relishes stopping legislation that would help so many people, including several in the state of Kentucky.

If you can find it in your heart to do us a favor, please remove Mitch McConnell from the United States Senate. I realize it’s a lot to ask. But trust me when I say this: Kentucky, and the rest of America, deserves better.