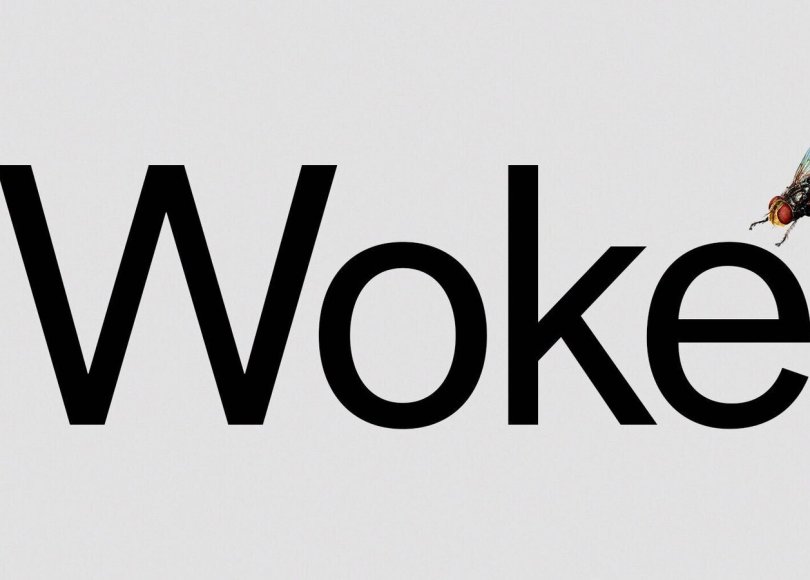 According to our conservative friends, being “woke” refers to those who are ridiculously politically correct and who speak out too much on social injustice. It’s commonly used as a pejorative term when referring to those on the left, increasingly paring it with phrases like “woke mob” or as a sledgehammer, using “anti-woke” to proclaim their vehement opposition.

The right-wing’s been successful at putting the term into the general public. And they do it by minimizing and mocking those standing up against generations of injustice suffered by marginalized folks such as the LGBTQ and people of color communities.

But the truth is, while they like to hang the term on liberals, we could and should hang it around the necks of today’s GOP and use it the same way on them. Because what we’re seeing right now play out across America is beyond radical. Perhaps we could call it “extreme wokeness.” Whatever you might want to call it, it’s dangerous to the country, and we’re on the verge of going back to the United States of 1950.

I’m not being hyperbolic; I’m only going by what I see happening daily. GOP legislatures are rolling back rights that Americans have grown accustomed to for decades in state after state. They’re banning books, picking on gay people, doing away with voting rights, and outlawing abortion. If this isn’t being woke, what is?

And speaking of abortion, the recently leaked draft opinion of the United States Supreme Court, which purports to overturn the nearly 50-year settled law of Roe v. Wade, we see where this is all heading. Many folks in this country would like nothing better than for women to be barefoot, pregnant, and out of the workforce entirely. How long will it be before the Court decides to look at contraception and gay marriage? It seems as though nothing is safe anymore.

Those who thought the Obergefell decision in 2015 that legalized gay marriage was settled law think again. As it is presently constituted, this Court remains a clear and present danger to the rights of millions of Americans.

As we all know, the GOP has been hellbent on overturning Roe for decades. With that prospect seemingly within its grasp, we can be sure they won’t stop there. They never do. They’ll overreach, thinking they have a mandate. That ‘mandate,’ especially as it pertains to Roe, is fueled by the views of around 30% of the public. Today’s radical right can never be accused of being good with math.

The bottom line is they don’t give a damn. They’ll force their radical dogma down all of our throats because it’s what they do best. And they’re also banking on the fact that Democrats won’t turn out in November, at least not enough to prevent them from winning at least one house of Congress.

But sure, let’s get lectured by them on how far to the left Democrats have gone. Elon Musk, the mega-billionaire with more money than God who recently purchased Twitter, seems to think the left has gone the most radical.

In the following tweet, Musk suggests that he’s a centrist who voted for Obama in 2008 but has since seen the left go so ‘woke’ he doesn’t recognize the Democratic Party anymore. Musk’s a pretty funny guy, using stick figures to show his take on the political landscape. But if you look closely, he seems to conveniently overlook what has happened to the other political party in our country.

He fails to mention that on January 6, 2021, the other political party’s people tried to overthrow a legal and fair election, trying re-install the guy who said it was stolen from him. And let’s remember that over half of that party still believes Donald Trump won.

Many of them also adhere to the crackpot conspiracy theories concocted by QAnon, who think Democrats are running child sex trafficking rings, among other ridiculous and outlandish beliefs. Oh, and let’s not forget which party glorifies guns in America whose politicians love to post pictures on social media of the arsenals of weapons they possess – many of them with their small children smiling alongside.

Let’s face it; the GOP has sold its soul to one man – a man who disgraced the office of the presidency like no other. But sure, let’s let Musk and the GOP label the left as a bunch of “woke” radicals. Let’s ignore where these folks are trying to take the country. Let’s forget their allegiance to the man who tied to destroy America and makes fun of people who give a damn about civil rights, health care for all, or student loan forgiveness.

Can progressives go overboard at times? Sure they can. But to say they’re a danger to the country is ridiculous. The left did not enter the Capitol on January 6. They aren’t banning books and abortion – nor are they trying to take away people’s right to vote. A majority of Americans favor policies advocated for by Democrats. Poll after poll shows that most people do not want Roe overturned.

Polls also show that most people would like universal health care, a robust climate plan, and increasing and protecting Social Security. These are mainstream issues with widespread support. But because black folks were protesting during the summer of 2020 over their unjust treatment by police, somehow, the left is branded negatively as being too “woke.”

It’s time to call out which side is the real “woke” side. It’s the people who want to take us back to the time of coat-hanger abortions and hide some of the historical blemishes of America by banning books and making up stories about critical race theory.

Woke, itself is a term that is in a constant state of flux. It’s changed over the years and continues to do so. But the left has allowed it to be hijacked by the radical right. The truth is, the word refers to being ‘awake’ about issues of importance. The Urban Dictionary has a more recent definition: “The act of being very pretentious about how much you care about a social issue.”

If we take the Urban Dictionary definition at face value, how can being “woke” not describe what Governor Ron DeSantis and others in Red States are doing legislatively? Banning books and prohibiting the teaching of critical race theory is only the tip of the iceberg for these people. They are playing to the extreme base of their party by exploiting social issues, thinking it’s the best way to win elections.

Look, Democrats aren’t perfect and have made their fair share of mistakes. But I honestly believe most want the country to make progress. That means giving folks a helping hand when needed, standing up for everyone’s civil rights, ensuring our democracy withstands the assault from the far-right, and ensuring our government institutions are being held to account.

The next time you hear a GOP politician complaining about the “woke” left, maybe you should tell them to take a look in the mirror. Because in today’s world, the real “woke” folks are trying to overthrow democracy and take us back to an era we thought was long gone.