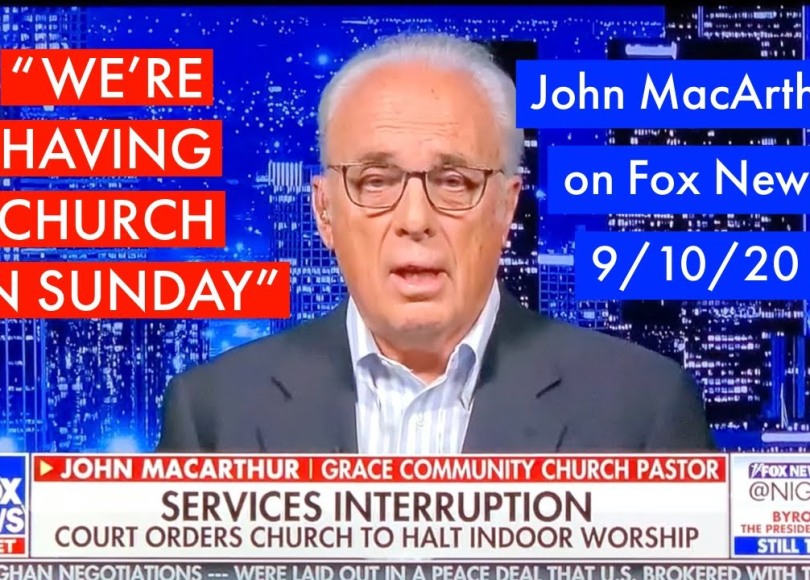 Our good friend Jerry over at Grumpy’s Grumblings has another post today. This one deals with another phony evangelical ‘prophet’ who continues to mislead his flock about COVID. I’ve included a link at the end to continue reading. Thanks again Jerry!

I’ve written before about John MacArthur and his Grace Community Church in southern California. In case you don’t remember, here’s a brief refresher.

So, here’s the latest MacArthur mendacity: In a YouTube video—which the person who posted it hyped, “WATCH and SHARE before its deleted”—this most-prominent evangelical pastor recounted his advice to a gathering of teens at a Christian camp. He said he told those teens to think critically. Lack of critical thinking is the problem with our nation today, he said. Then, right after he told his audience that lack of critical thinking is the nation’s biggest problem, he casually tossed out the widely believed but false claim that 99.9 percent of COVID-infected Americans survive the virus. “That’s a fact,” he boldly emphasized. But if MacArthur really was a critical thinker, he’d do at least a little research and see that this claim is an urban myth (see https://fullfact.org/health/Covid-recovery-vaccine/).

If MacArthur really was a critical thinker, he’d do at least a little research and see that this claim is an urban myth.

After that he took on COVID vaccines. He said, “So you’re saying to yourself, well, let’s see, they lied about Russia; the FBI lies; the CIA lies; the National Health Organization lies; the World Health Organization lies; the CDC lies; the director of all of this [he didn’t say who the director is] lies.” But then he moved on to his next point without providing any evidence of the lies he accused all these agencies of telling. And that next point was, “All these lies, and then they say to you, ‘Get vaccinated.’” So, he lies about all these agencies lying, and then he ties his false claims to agencies’ pleas for people to get vaccinated. This, folks, is pure evil.

MacArthur goes on: “You can’t keep lying and expect people to believe you.” Yet he believed and trusted Donald J. Trump—a man who told more than 20,000 documented lies and/or intentional misstatements in four years. MacArthur once went so far as to proclaim that one could not be a Christian and not vote for Trump for president.