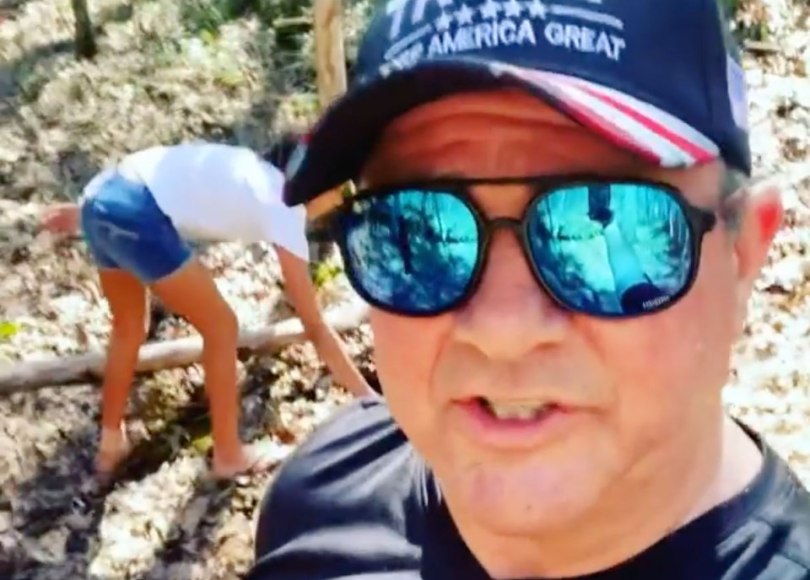 Our good friend Jerry over at Grumpy’s Grumblings has another post out today detailing the follies of yet another phony Trump-worshipping evangelical pastor. I’ve included a link at the end to continue reading on his site. Thanks Jerry!

I spent decades in denial. Throughout my more than 40 years as an evangelical Christian, each time I learned of another prominent evangelical caught in another scandal, I convinced myself that he or she was an aberration, an anomaly, a departure from the norm. After all, he or she was an evangelical, a team member, and we must assume the best about our teammates. I’m still confident that most evangelical pastors and local leaders are well-meaning folks who are not flaming hypocrites. But I’ve also concluded that far more than I previously believed could be, really are phonies—particularly among those who rise to national or international prominence.

Over the years the world was treated to the delightfully dreadful dissembling of the likes of Aimee Semple McPherson, Jimmy Swaggart, Jim Bakker, Peter Popoff (yes, that is his real name), Creflo Dollar (ditto), Bill Gothard, Robert Tilton, Tony Alamo, Ted Haggard, Ravi Zacharias, and John MacArthur, to name just a few. And believe me, that’s just a small sampling.

I’d not recently given much thought to the topic of evangelical leaders’ hypocrisy.

White American evangelicals’ wholesale sellout to their new messiah—the crown prince of pretenders, Donald J. Trump—convinced me that I was part of a movement of easily manipulated, unsophisticated sheep. So then, having mostly disassociated myself from the evangelical movement, I’d not recently given much thought to the topic of evangelical leaders’ hypocrisy. Until I saw this news in Christian Post: “Global Fire Ministries founder Jeff Jansen leaves wife to ‘pursue his own desires.’”