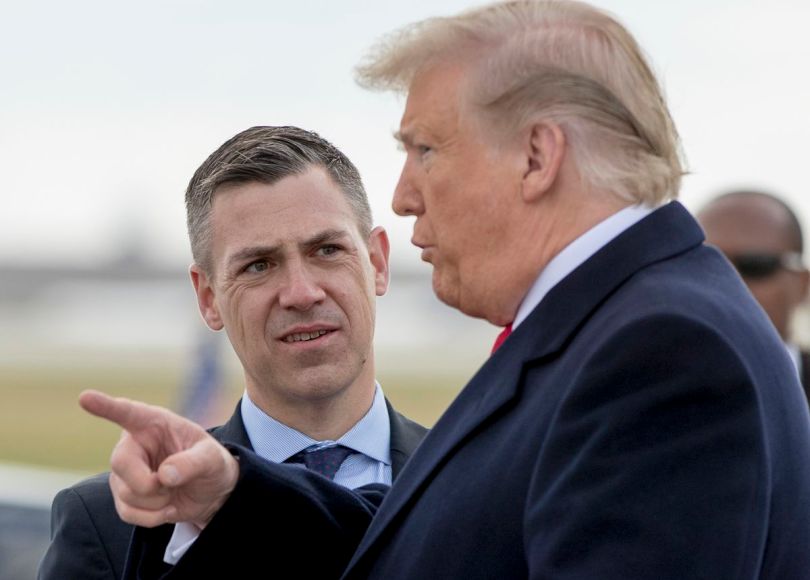 Our good friend Jerry over at Grumpy’s Grumblings has an excellent post out today detailing yet another sad example of a GOP politician willing to sell their soul to the disgraced 45th President. I’ve included a link at the end to continue reading. Thanks Jerry!

I—sort of—knew Jim Banks, once upon a time. We weren’t close friends. Barely passing acquaintances, despite the fact that our desks within Focus on the Family’s Public Policy division were no more than 50 feet apart—and separated by a few layers of Herman Miller cubicle walls. I suspect that now, some 16 years later, I could walk up, shake his hand, and re-introduce myself and he wouldn’t remember me. He’s now flying along at a much higher altitude than the one I inhabit.

But the Jim Banks I knew by reputation back in those days was a young man who, while resolutely on board with the entire far-right, conservative agenda, was also honest, honorable, fair-minded, and perhaps even empathetic—by conservative reckoning.

I wish that—back during the early days of the 2016 presidential campaign—I’d made and saved a screen capture of an article I read in which the still relatively new Congressman Banks voiced his grave concerns about the brash, mendacious, corrupt Donald Trump as the possible standard-bearer for the Republican Party. But I didn’t, so you’ll have to accept my word that I did read such an article.

That Jim Banks, like so many GOP politicians—folks who never really liked or admired Donald Trump—sold his soul for acceptance and power.