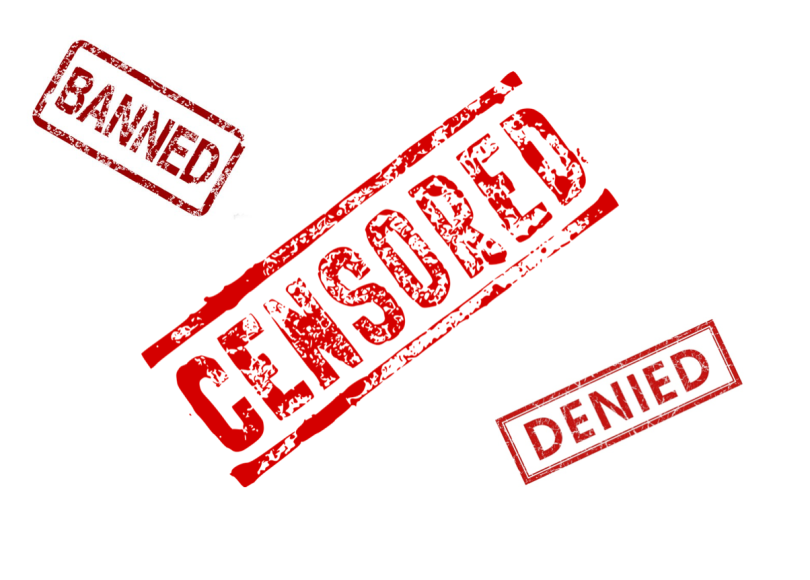 The twinkie evangelical snowflake blocked me. Clearly there’s no room for the free exchange of ideas when one is indoctrinating one’s gullible followers—a foolish flock to be fleeced.

Perry Stone—another of the myriad evangelical charlatans haunting the airwaves and social media—blocked me from commenting on his YouTube channel videos. On October 28 of this election year, Stone’s “ministry” posted on YouTube a video of the “pastor” preaching, yet again, that God “raised up” Donald Trump as a modern-day King Nebuchadnezzar to protect His poor, persecuted people from the satanic oppression of liberals. Every comment I could see below the video, which has the title “The King Nebuchadnezzar Election Parallel,” gushed praise on Donald Trump as God’s chosen leader, and on Stone for defending him.

I chose to send a contradictory response reverberating around the channel’s echo chamber. Surprisingly, two followers actually “liked” my response. Apparently, Stone and his staff did not like or agree with my message, which went like this:

Yes, at times, God chose to raise up pagan leaders to do His bidding. But He did so not as His first choice; He did so because His people had gone so far astray that He had to do something dramatic to regain their attention. But, ideally, those Nebuchadnezzar and Cyrus eras never should have happened. Instead, the Israelites should have paid attention to these directives about leaders that God gave them through Moses:

Then I quoted Deuteronomy 17:14-20, which can be summarized as first a warning against requesting a king, and then advice on how a king should comport himself—because God’s people would ignore the warning. Kings, the passage says, should not seek to gain excessive material wealth or many women. Instead they should focus on Scripture. Then I continued,

What do we see of Donald Trump in that description of what a king (leader) should and should not do? A good king was not to focus on personal wealth or to have “many wives.” Instead, he needed to be attentive to Scripture. Donald Trump—a man who has frequently bragged of his greed, his wealth, and his many wives and many sexual conquests—was unable, under questioning, to name a favorite book of the Bible. He referred to Second Corinthians as “Two Corinthians.” Donald Trump courts evangelicals by making promises to champion their causes, but he has no love for the God they claim to worship. He cares not at all for the Scriptures evangelicals claim to hold dear.

Donald Trump is neither Nebuchadnezzar nor Cyrus. Donald Trump is a huckster who sold millions of white American evangelicals a bottle of Donny’s Magic Elixir.

Another point to consider: Why is it that it’s almost exclusively white evangelicals who see Trump as a pseudo-savior figure? Almost no black Christians see him in that role. They see him as an oppressor rather than a hero. Are they all wrong? Whites see him as a savior of the way of life they’ve enjoyed for centuries: “Make America Great AGAIN.” “Take us back to the good old days when we had all the advantages.” Black Christians see it more like this: “God spare us from a return to those days when we had almost no rights.”

Can white evangelicals, for once, step back and try to see this election from a different perspective?

No Room for an Exchange of Ideas

Now, when I attempt to comment on others of Stone’s bogus YouTube discourses, I’m blocked. No room for a free exchange of ideas when one is indoctrinating one’s income sources. Yes, gullible folks continue to give their hard-earned money to this swindler who, like so many of his ilk, had to take a leave of absence following accusations of and eventually an admission of “inappropriate” behavior with female staff members at his church. But after a very short break, Stone was right back at it, preaching nonsense, cashing in on the naivete of his followers, and blocking any words of challenge to his self-enriching fiefdom.

Any philosophy/worldview/religion should be willing and able to stand or fall within the free market of ideas. One that refuses to do so, that censors or challenges conflicting views, is not worthy of sincere consideration from folks of reasonable integrity. But, sadly, too many Americans lack reasonable integrity. Following hollow hucksters is much easier than developing integrity.