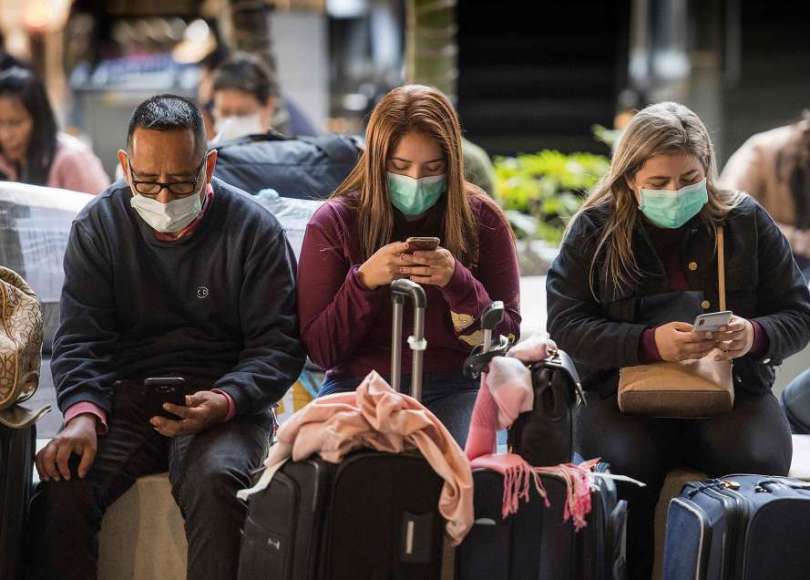 A little over a week ago, my wife and I made a choice. We decided to travel back to our home state of Ohio. We knew it was a risk. We knew we’d be leaving ourselves vulnerable, riding around on planes and through airports—hoping for the best outcome. So far, so good.

We did everything we could to avoid contracting Covid. We wore our masks, washed our hands often, and tried to physically distance as best we could, especially from some of our most vulnerable family members. Luckily, everyone on the plane was required to wear a mask, as was everyone in and around the airport. I felt somewhat safe because of the compliance, which was close to 100%. We won’t know for sure for another two weeks whether we’re in the clear.

That said, I couldn’t help but think how surreal the whole ordeal was. Never in a million years did I think America could sink as low as we have, especially since the pandemic hit us several months ago. While the European Union and several other Western democracies around the world have managed to flatten the curve of this dreaded disease, America is going in the opposite direction. We should have had this thing under control by now.

Cases are up, as are hospitalizations in many states. Yes, deaths are decreasing, and that’s good news. But still, that’s little consolation considering how bad our government has wholly and utterly failed its citizens in nearly every way imaginable. How could the most scientifically advanced nation on earth perform at such a horrific level of incompetence that even third world countries would be hard-pressed to match?

The current president of the United States owns this plague. Of course, he didn’t create the virus, nor did it originate in this country. But his failure to act promptly, as well as take the disease seriously when he needed to, will permanently scar his already pathetic legacy of incompetence and corruption.

When we look back on this presidency, we’ll have to put an asterisk by his name. His election was an aberration, a mistake the American people will own for their failure to recognize the clear and present danger he posed to this nation. Never again can the likes of him ever occupy the White House. Never again can we take our fragile democracy for granted.

It took a little over three years for his awfulness to finally catch up to millions of Americans. Many of us, though, have been sounding the alarm throughout his entire presidency. Better late than ever, I suppose. In less than four months, however, we’re going to get a second chance, much like a criminal who’s served his time. Everyone deserves that. The question is, will we make the same mistake twice? My take is that we won’t.

Nevertheless, if I were advising the Joe Biden campaign, I’d get a few ads together and run them repeatedly. They could call it Trump’s America. I’d show what I saw on my trip from last week: everyone wearing a mask. I’d show the half-deserted airports and cities. We had a layover in San Francisco on the way back and spent some time there. Frankly, it felt like a ghost town. To see a city of that magnitude brought to its knees like that was a sight to behold.

But this is the reality of life in America during the reign of Donald J. Trump. I saw it first-hand last week. I felt sad and depressed when I looked at the surrounding landscape. And then I thought to myself that it should never have come to this. All we needed was a fraction of competent leadership. Forget about it, though. We lost that opportunity on January 20, 2017.

And now we’re paying the price. A recent poll indicated that well over 80% of the American people believe we’re on the wrong track. Many more are feeling anxious about the future. With those kinds of numbers, you’d think the handwriting is already on the wall for the current president.

For the first time in memory, the rest of the civilized world feels sorry for us. Yes, after 9/11, they empathized with our pain and anguish. But this time they’re seeing us in a different light. They see the buffoonery leadership of this president and know that we deserve better.

But even that sympathy didn’t prevent them from leaving us off the list of non-essential travelers being allowed back into their countries. Sorry America, you’re losing the war with this pandemic. Check back when you’ve finally gotten your shit together.

How the mighty have fallen. America is sick. While the rest of the world is in recovery, we seem to be on a prolonged stay in the ICU.

It didn’t have to be this way. But people dying, jobs lost, people in masks and cities on fire seem a fitting end to an otherwise horrific presidency.