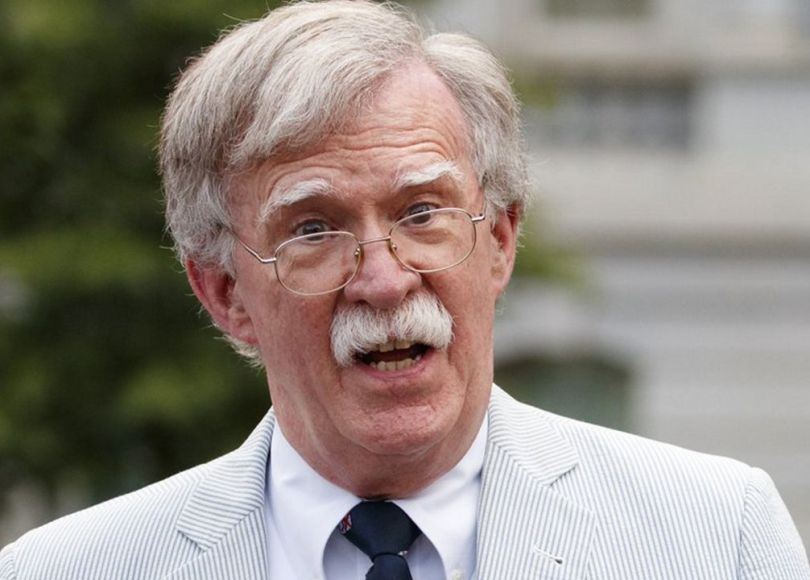 Thanks, but no thanks, John Bolton.

You could have done the right thing six months ago. You could have testified at the impeachment hearing of the current president of the United States. You could have told the people how this president was actively seeking help from other countries to ensure his reelection. Yes, we all knew about Ukraine, but according to you, China was also asked to help – and Turkey too, for that matter.

But, unfortunately, you chose not to do so. You cashed in, sir, and for that, I wouldn’t spend one damn penny for your book. I certainly hope anyone else pondering such a purchase would feel the same way. Because you, sir, betrayed your country when we needed you the most. For that, you should be ashamed of yourself.

Others around you certainly had the guts to do what was right. Fiona Hill, Alexander Vindman, Maria Yovanovitch, William Taylor, and George Kent – all long-time government public servants, stepped up to the plate and answered questions under oath. Most of us out here consider those folks the definition of what a patriot is and should be. On the other hand, you used this period ‘teasing’ that bombshell information about this president was forthcoming. Yes, you would testify, but only if compelled to do so with a subpoena.

Back and forth, it went. Yes, you would testify; oh wait, no, you won’t. For a man who spent decades in government service, is this is the best you could do, sir? You’ve always been a guy who loved to send men and women off to war to fight for your neoconservative agenda, but when the American people needed you to go into battle for them, you chose the almighty dollar instead. You could have ended your career on a high note. Alternatively, your legacy will forever be tarnished with this last act of shameless self-aggrandizement.

Let’s be clear about one thing, though. Even if you had done the right thing and testified under oath, the idea that the Republican Party was going to vote to convict this president was a pipe dream. We all know the verdict was decided long before the trial even began. This party, your party, sir, has become an even bigger travesty than your career in public service.

They’ve let the American people down from day one of this detestable administration. The capitulation to, and boot-licking of this president, by this political party, will go down in history as one of the most embarrassing displays of political ineptitude in our nation’s history.

But just because the fix was in doesn’t somehow give you cover that it didn’t matter whether you testified or not. That’s not the way it works, sir. We, the American people, expected more from you. You failed us in every which way imaginable. Hell, it would have helped if you’d spoken up before the infamous ‘perfect’ phone call to Ukraine’s president. You knew this man was a danger to our democracy and the entire world. Yet, you sat there in the same room with him and said nothing.

You saw his erratic and narcissistic behavior every damn day. And you chose to stay ominously silent. Maybe that’s when you decided you’d instead cash in and make a few bucks. After all, you’re a Republican. Money first, a duty to country second. Shame.

When we look back in history after vanishing from the public eye, we’ll be able to see with crystal clear clarity that you shared one common trait with the political party with which you belong, minus a few outliers: Coward(s).

Thanks for your long career in public service, Mr. Bolton. But no thanks, you can take that book of yours and …