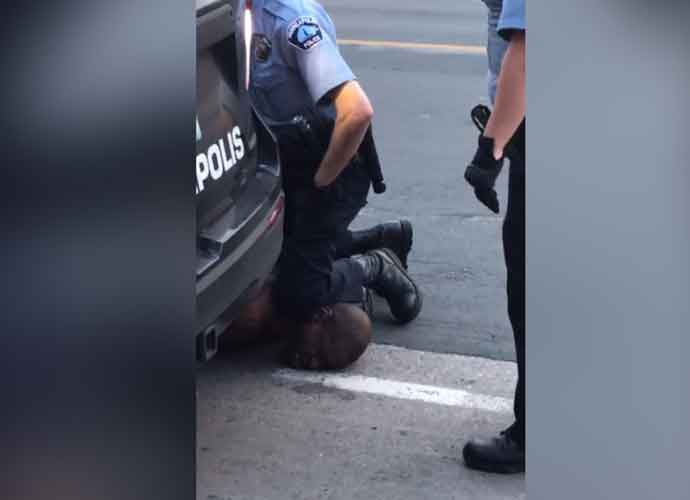 When it comes to race in this country, I sometimes hesitate to weigh in. After all, I’m a 58-year-old white male. What gives me the right to comment on the plight of African-Americans and other people of color when I haven’t experienced the kind of institutional racism they have?

I’d be remiss if I didn’t say anything, though. The rage I feel inside is real. It’s called empathy, the last time I checked. It’s putting yourself in someone else’s shoes, or at least an ability to think in that manner.

When I see a white cop with his knee on the neck of a black man screaming, “I can’t breathe!” my first instinct is to say to the white policeman, “take your goddamn knee off his neck, you’re killing him!” If that were me suffering the same fate, I’d like to think most would mouth those very same words.

It wasn’t me, though, and it probably never would be me simply because the color of my skin is different from that of George Floyd, the man murdered by Minnesota Police Officer Derek Chauvin on Monday in Minneapolis. Thankfully Chauvin has since been arrested and charged with third-degree murder and manslaughter.

Unfortunately, the days in between the murder and arrest, the city of Minneapolis erupted in a sea of flames and angry protests. For a few days, at least, America’s attention turned from a persistent pandemic to another persistent problem that we can’t seem to solve in this country: racism.

It always rears its ugly head. For sure, weeks and sometimes months go by as we shove our racial issues under the rug, only uncovered when overzealous cops or vigilante’s masquerading as such, murders another black male or female.

If you listen to some on the right, they’d like to make us all think that racism isn’t a real problem in America–that we elected the first African-American to the presidency in 2008, which solved the race issue in the country once and for all.

It’s not over and never will be until we start to address the core causes and inconvenient truths that so many of us refuse to discuss.

For one, can we admit that the reason we have Donald Trump as president is that white America feels it’s once firm grip on power is slowly slipping away? Can we acknowledge that the black guy in office for eight years was the final straw for them?

Can we also admit that the system of policing in this country needs a total and complete overhaul, with national standards and a new commitment to racial understanding and sensitivity? Perhaps we should start looking at other Western democracies around the world and what works or doesn’t work for them. It certainly can’t hurt.

And while this isn’t a popular idea overall in America, perhaps we need to consider reparations for the black community. When I say reparations, I do not necessarily mean handing out a check to every African-American in the country. I’ve heard other ideas out there worth exploring, such as vouchers for medical insurance or college, or access to a trust fund to finance a business or a home. Whatever form it might take, we need more white Americans to get on board.

Yes, things have improved since the 1960s, but we’re not even close to being where we need to be in 2020. Until white America comes to grips with this reality, we’ll keep having these flareups over and over.

And if you need some proof as to how many Americans feel about race in America, I’d like to share the following tweet from a guy who has nearly two million followers and is the author of a book called, “The MAGA Doctrine.”

America is the least racist country in the world.

This tweet shows the kind of ignorance and shortsightedness that plagues so much of American life today. The fact that at least 40% of the public will cast their votes for a racist president in November is troubling enough. And these are the folks who love to exploit the protests going on in Minneapolis and other cities. They’re nothing but malcontents blowing up their cities, they say.

Yet they don’t say a word when white militia types with military assault weapons invade governor’s mansions and statehouses, demanding they reopen businesses. That behavior is considered a constitutional exhibition of their First and Second Amendment rights. The folks stirring things up in Minneapolis and elsewhere need to calm down and behave. How is that fair?

I do not condone any of the violence going on in American cities. To me, violence is never the answer and only feeds into right-wing racial rhetoric. But damn it, I understand their frustration and anger. It’s that empathy thing again. I’d ask that we all try to put ourselves in George Floyd’s shoes, as well as his family and those demanding justice on the streets of America.

What if it were your son, brother, or grandson lying on the street, motionless and screaming for help?

How would you feel?