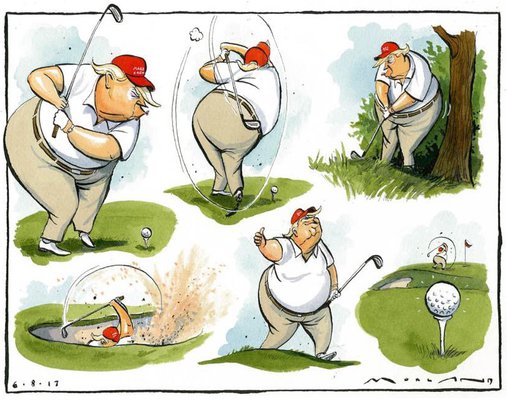 The factions within Christianity are almost endless. I would be wasting my time and yours in trying to list all the groups and subgroups. Rather than attempting such a monumental task, instead I’ll focus on one of the primary divisions within evangelical Christianity. (My purpose here is to set the stage for an essay that goes beyond evangelicalism itself. So please stay with me a bit longer.)

For decades at least, evangelicals have debated—sometimes civilly, but more often angrily—whether one is “saved” simply by believing in Jesus (“free grace”) or by belief and repentance. Readers of this blog likely are not interested in reading a comprehensive analysis of these two views, so I’ll refrain from such an evaluation.

The reason I cite this difference in views is to point out another major inconsistency within Trumpism. The inconsistency is that the most loyal and vocal Trump supporters are those who take the second view of “salvation” listed above—that “salvation” requires belief and repentance. This view is often referred to as “Lordship Salvation.” (Not that it really matters, but I oppose this view.)

Within evangelical Lordship Salvation, a commonly accepted definition of repentance is “a change of mind that results in a change of action.” In other words, believe in Jesus and quit sinning.

Trump and the Lordship Folks

The ironies of “Lordship” evangelicals adoringly supporting Donald Trump are—like the many factions within Christianity—too numerous to recount here. The most obvious irony is, of course, related to Trump’s vulgar, transparent “sins,” and his utter lack or repentance. These Lordship folks attempt to skirt that inconsistency by proclaiming that they support Trump as a political leader rather than as an ecclesiastical leader. A common refrain from evangelical leaders like Jerry Falwell Jr. during the 2016 election cycle was that “We’re voting for a president, not a pastor.”

The ironies of “Lordship” evangelicals adoringly supporting Donald Trump are—like the many factions within Christianity—too numerous to recount here.

For most evangelicals—Lordship folks in particular—abortion is the utmost sin, the unforgiveable sin. So Trump—who has made repeated deferential overtures to evangelicals about ending abortion—gets a pass on his many obvious sins. Trump? Repentance? Pff. Shoulder shrug. Smug smirk. “He’s our president, not our pastor.”

Never mind that the Bible says, “Do not be yoked together with unbelievers. For what do righteousness and wickedness have in common? Or what fellowship can light have with darkness?” Most evangelicals—especially the “Lordship” folks—have yoked themselves to this Monarch of Darkness. On a daily basis they see and hear this unbeliever violate biblical principles as he mocks those who disagree with him, as he favors the rich over the poor, as he shows his contempt for widows and orphans, as he turns away aliens in need of assistance, and as he lies almost constantly.

And now, like their new messiah, these “Lordship” evangelicals who make repentance a condition for “salvation” refuse to repent of their servile support of the most corrupt leader this nation has ever elected.

Instead, organization like “United in Purpose,” which purports to be “Helping Christian Organizations Fulfill Their Missions,” tie the bipartisan-passed CARES bill to “the children of darkness,” while ramping up evangelical support for Trump’s reelection. Oddly, the website for United in Purpose is nothing more than a home page with the above-stated goal and a contact page. Nothing else. No doubt because it’s really nothing more than a front for other organizations like Family Research Council, whose leader, Tony Perkins, is probably best known for his statement about giving Trump “a Mulligan” in response to a question about Trump’s egregious behavior.

“You folks need to repent. Trump gets a mulligan.” In Trumpist politics and theology—as well as Trumpist economics—double standards are the standard.

In a July 23, 2015, Christian Post lead article, the publication took a critical tone in reporting Trump’s infamous declaration “Why do I have to repent or ask for forgiveness if I’m not making any mistakes?” But a little more than a year later, Trump won the election. Now, the Christian Post submissively fawns over the new messiah.

Only two possibilities exist for evangelicals’ stubborn support of this nation’s most obviously vile and un-Christlike president. 1. Most evangelicals never really believed in the doctrines they proclaimed to be sacrosanct. Or 2. Most evangelicals are too proud to admit they were wrong about Donald Trump. In other words, like their new messiah, they are too proud to repent. Either way, their obeisance to the arrogantly ungodly Trump reveals their failure to comprehend and follow the Bible they claim to revere.