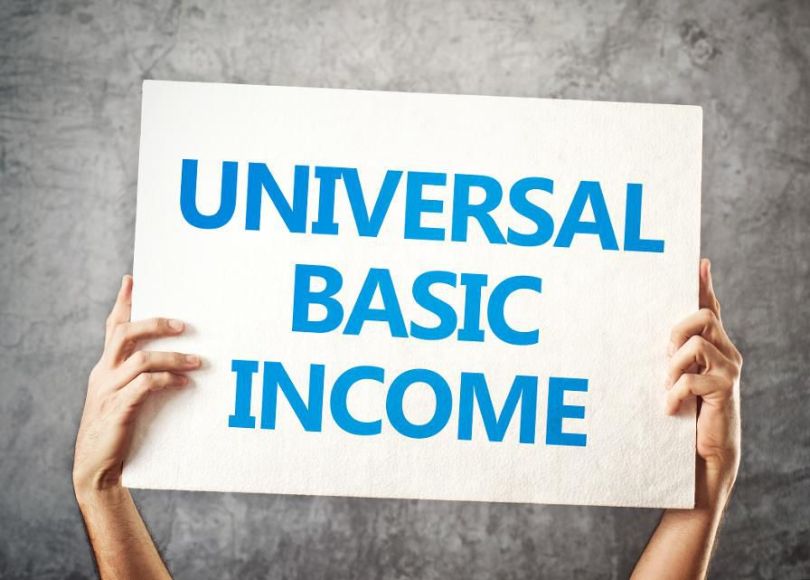 I wrote a post recently called An Economic Wakeup Call. In it, I suggested that our present form of capitalism is no longer viable. Scenes of long traffic jams at local food banks are now becoming commonplace. Never did I think that in the United States of America, the wealthiest country on the planet, would we ever see such a thing.

I argued that it’s way past time for us as a society to take a long hard look at our economic well-being. Because based on what I’m seeing, what we’re doing now is not working. Not only do we need a more compassionate and humane economy, but also one that works for everyone, not just a select few. Haven’t we had enough of trillion-dollar tax cuts that never seem to trickle-down to the rest of us?

So what can we do? Indeed, a higher minimum wage would go a long way towards eliminating some of the massive income inequality we’re experiencing. The idea that the federal minimum wage hasn’t changed since the Bill Clinton administration, beyond a pathetic $7.25/hour, is a disgrace. Luckily some of the states have implemented their own increases. Individual cities like Seattle, WA, for example, set the gold standard of $15/hour for their minimum wage.

But minimum wage increases and tinkering around with the tax code are no longer enough. It’s time to take a look at bolder policies and proposals. One such plan, popularized in recent months by one-time presidential hopeful Andrew Yang, is called the Universal Basic Income (UBI).

While I had a general idea what UBI was all about, I must say I never took it seriously when Yang spoke about it on the Democratic debate stage. The idea that we were going to give every American $1,000 a month, regardless of income, was crazy talk. How in the hell would Americans accept something like that?

It’s funny how one’s perspective changes, however, especially now that we’re in the middle of not only a public health crisis but also an economic calamity, the likes of which we haven’t seen since the Great Depression. No longer do I think UBI is a pie in the sky economic proposal. I think it’s time for a conversation. ‘Thinking outside the box’ is a quaint phrase for doing something bold and innovative. If not now, when?

But first, a quick caveat. I’m in no way advocating for, or against, UBI. I want to know more about it and whether it’s even feasible. So let’s take a look at what UBI is and whether America is ready for such a drastic realignment of its economy. As with anything, there are pros and cons to the proposal. Most of the numbers and figures cited in my post are courtesy of the article, What is Universal Basic Income and Could it Work in the U.S., by Amy Livingston in Money Crashers.

While there are different variations to what a universal basic income would look like, for purposes of this post, we’ll go with the one that most are advocating for: Every adult citizen would receive a fixed monthly or yearly payment with no requirements attached. Yes, that would mean even billionaires like Bill Gates and Jeff Bezos would receive the stipend just like everyone else.

Those in favor of UBI argue that it would provide an efficient and effective way to fight poverty and improve people’s lives. It could also simplify the process by which many Americans have to navigate when times are tough. While we have several social safety net programs available from the government, the hoops and rules you have to jump through make it hard to get the help you need when you need it. UBI would be there all the time, regardless of your situation.

Many politicians on the left have expressed support for some form of UBI, including Bernie Sanders and Alexandria Ocasio-Cortez. Hillary Clinton also considered advocating for the policy during her 2016 run for the presidency but abandoned the idea when she determined it was cost-prohibitive. And while the cost is undoubtedly one of the most glaring roadblocks to implementing a UBI policy, when you look at how much we spend on current programs UBI would replace, it’s not quite as bad as it appears.

Are there current experiments with UBI?

The short answer is yes. Since 1982, the state of Alaska started the Alaska Permanent Fund, which gives all residents a yearly dividend from the state’s oil revenues. In 2018, the amount of that stipend was $1,600, but it varies from year to year. While not nearly as ambitious as Yang’s proposal, it still helps many low-income residents with a little help they can expect on an annual basis.

In California, the City of Stockton has a more ambitious program that targets 125 randomly selected residents to receive $500 per month for 18 months. An initial report on the plan is due sometime in 2020. Y Combinator Research, a tech firm in Oakland, is also experimenting with a UBI test, sending $1,000 monthly checks to 1,000 randomly selected low-income people across two states for the next three years. The firm is planning to conduct regular surveys to gauge the effects of the extra payments on the individuals’ health and overall well-being.

So while it’s pretty early in the game to predict the success or failure of a potential UBI in America, we see some attempts to at least get a sense of whether we should ever try it on a broader scale. Other countries such as Finland, Canada, India, and Uganda have been attempting varying aspects of UBI, with mixed results so far.

No matter what we decide to do in America after the current pandemic tragedy is in our rearview mirror, the concept of UBI will surely be part of the discussion. In the coming days, I’ll analyze the arguments for and against the proposal, as well as how we would pay for such a plan.