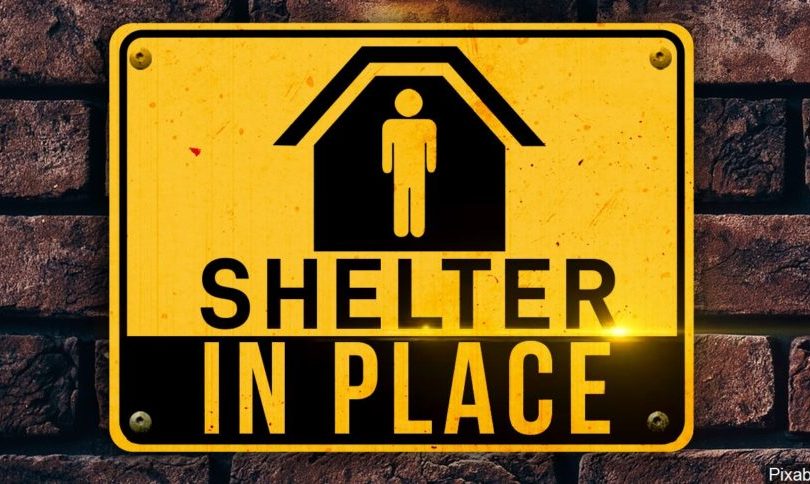 He should have done it a few weeks ago. But it’s still not too late. Mr. President, it’s time to shut the country down.

Yesterday, the president decided to extend the guideline policy of social distancing at least until the end of April. Remember, though, when you see the word ‘guideline,’ the translation is: we highly suggest you do this, but we’re leaving it up to you. I’m sorry, that’s not good enough.

I understand the apprehension of many Americans to such draconian measures. But the rapid advancement of Covid-19 will not be stopped by a series of piecemeal and haphazard actions by this president and his administration. I’ve been listening to science, as well as experts who know what makes the most sense. If not, we’re looking at a peak that might not get here for several weeks and months. If we act now, that peak would come sooner and the economic impact would be less severe.

Congress, led by Representative Ro Khanna of California, wrote a letter to the president several days ago proposing a shelter-in-place policy in America for two weeks. Many states have adopted the proposal, and we’re now up to about 20-25 states that have these kinds of restrictive measures.

But others have not, with some governors allowing county by county decisions in their prospective states. Others are leaving it up to large city Mayors. Waiting for the virus to overwhelm hospitals before acting is not the way we’ll ever get a handle on this aggressive and contagious virus.

I do understand the economic component in all of this. Job losses are already mounting, and many businesses will not survive, no matter how many billions Congress tries to throw at the problem. So the decision on how long to shut things down, as well as how to start things back up, will not be easy. But it’s a decision that must be made, in my view.

I’ve heard different suggestions from some on how long a shutdown should occur. There’s the two-week suggestion in the Congressional letter to Trump to consider. But there’s also another thought on how long a closure should last. It comes from someone I admire, whose reputation in the realm of infectious pandemics around the world is second to none: Bill Gates. Yes, the billionaire Microsoft co-founder has pledged to give away most of his fortune and is doing most of that through his philanthropic Gates Foundation, much of it in conjunction with his wife, Melinda.

The Foundation has funded upstart labs, and other scientific research, whose aim is to rid the world of some of the most dangerous diseases the world has ever known. He doesn’t fund the analysis based on hunches. He looks at the raw numbers and data. In other words, it’s not about politics or agendas. It’s about results and making our world a better and safer place to live.

And According to Gates, the only way we’re going to stop this pandemic and ‘flatten the curve’ progression of this virus is by shutting the country down for 6-10 weeks. Yes, that’s a long time. And the political winds against such an action would be strong and fierce.

The following is an interview Gates gave the other night on CNN with Sanjay Gupta and Anderson Cooper. It’s one of the most reasoned, thoughtful, and realistic summations of where we are and where we need to go as it pertains to this pandemic.

Let’s be clear, though. When I say shut it down, I mean shelter-in-place. Everything wouldn’t close. Essential businesses would still stay open, as they are in the states that have enacted the policy.

But wouldn’t the uniformity and certainty of when and how we get things going again more than offset the temporary, albeit destructive economic pain? Navigating such a shutdown on a national scale wouldn’t be easy, no matter who was president of the United States. And with the current occupant of the White House, I’m not so sure it’s doable. But Frankly, I’m not convinced we have a choice, either. Time is running out.

To enact such a policy on a national scale, it’s not entirely clear how the president would do it, at least constitutionally. But a conference call with governors of all 50 states, or at least those states that haven’t gone all-in, is an excellent place to start. He is the president—he’s got the scientists and experts at his disposal—he ought to be able to get every wavering governor on board. It’s called the bully pulpit for a reason, and not because this president IS a bully. It’s about leadership and credibility, both of which, unfortunately, he sorely lacks.

But it’s not Democratic governors that he needs to convince the most. It’s predominantly Republican governors that need the presidential nudge. The majority of them are loyal foot soldiers for this president. I’m sure they’d fall in line. Is he up to the task? He better be.

Without ramped up testing of considerable proportions, it will not work. We need to know who has it, who had it, and who they were in contact with. It’s called contact tracing, and it’s going to be vitally crucial before we can ever think of getting back to business as usual.

If we do it right, one shutdown would be enough. Again, should that not be the ultimate goal? Think about it. Industries could plan accordingly as to when they could resume normal operations. We’d certainly see a less volatile stock market with such certainty built-in. And, perhaps most important, the American people would see the light at the end of the tunnel.

I also get a sense that Dr. Anthony Fauci believes this is the way to go as well. But he’s frankly hamstrung from speaking the truth because of this petulant and sensitive president. It’s a fine line he walks every day, and I can only imagine how stressful it must be to work in such an environment.

But we need to listen to what Fauci says and read between the lines. That’s how we have to interpret things in the world of Donald Trump as president. Experts are questioned, not on the science, but in their loyalty to him. It appears for now, though, that Trump is listening to the experts, at least as of yesterday. But, he needs to go one step further.

For the sake of the country, please shut it down, Mr. President.