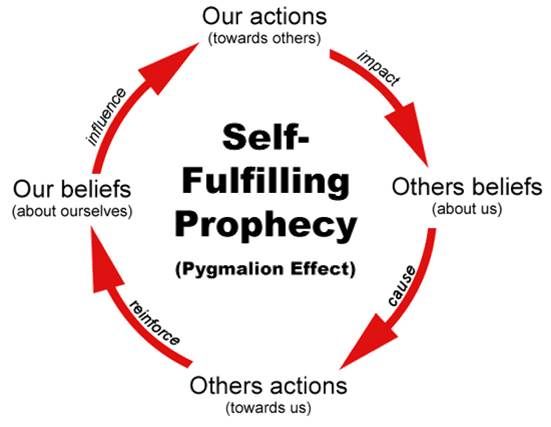 This “sky is falling” doom-and-gloom, expect-persecution mentality is, as I mentioned above, a common refrain in evangelical churches throughout the nation; I heard it often—and at times repeated it. Yes, the Bible does tell Christ followers to expect persecution, but it does not suggest that believers should go out of their way to unearth it or to invite it. But that tendency to proclaim discrimination—even when it’s only perceived—has an ironic allure to the faithful. Victimhood can be brandished as proof of one’s devotion to the faith.

What America’s white evangelicals typically fail to understand is the difference between persecution and indifference. Evangelicals tend to have an inflated view of our significance. The 75 percent of Americans who are not evangelical are not focused on oppressing the 25 percent who are evangelicals. The simpler and more uninspiring truth is that non-evangelicals rarely even think about evangelicals.

Yet when the nation faces a key cultural shift, many evangelicals tend to see that turn as being aimed squarely at us and our belief system. The victim mentality then kicks in, leading to defensiveness and hostility. Meanwhile, those advocating for the change—whatever it might be—are unlikely to have given any consideration to evangelicals or the Bible; they’re simply advocating for what they see as a cultural course correction.

Granted, some of those “course corrections” do run counter to biblical mandates and to long-held evangelical ideals, but riling religious conservatives is rarely the motive behind progressives’ policy pursuits. Evangelicals would do well to stop, count to ten, and consider the motivations of our perceived enemies before proclaiming ourselves victims of liberal oppression. Rather than being defensive, evangelicals could choose to view such incidents through a different lens.

Take, for example, the case of the Colorado baker who refused to bake a wedding cake for a gay couple. Yes, the couple could have taken their business elsewhere. But, likewise, the baker could have taken a different course of action. Why not, rather than refuse them service, use the occasion as an opportunity to befriend the couple? Why not, over the course of that friendship, help the couple to experience God’s grace? Why exclude when we can include? I’m sure that had Jesus been a baker rather than a carpenter, He would have baked the cake and befriended the couple, much like He befriended the “sinful” Samaritan woman at the well. (Remember, we’re all sinners.)

But all too often, evangelicals’ victim mentality makes many among us suspicious, cynical, and reactionary rather than inclusive and hospitable. And below, I believe, is the primary reason for evangelicals’ misunderstandings and wayward responses.

The Paradox of Evangelical Redemption

Evangelicals happily point to biblical passages that proclaim salvation by faith through God’s grace. The “born again” experience is as simple as the verse commonly waved before the cameras at sports events, John 3:16, which says, “For God so loved the world that he gave his one and only Son, that whoever believes in him shall not perish but have eternal life.” Eternal life in a place free of pain and suffering granted for simply believing is too great an offer for many to reject. And that simple message tends to attract simple people. That’s not to say that all evangelical Christians are simpletons. Counted among our ranks are notables such as Isaac Newton, Blaise Pascal, C.S. Lewis, and Francis Schaeffer, to name just a few.

But the majority of self-proclaimed evangelicals are simple, hard-working folks who responded to an offer that was too good to pass up, but who, following that acceptance, found the Bible too complicated to understand on their own. Evangelical leaders often encourage their flock to study the Bible for themselves, but the common reality is that most either make no such effort or, if they do, soon give up in frustration. Most who continue in the faith get their “spiritual sustenance” in a regurgitated form from their leaders.

So if those leaders warn them of Christians being persecuted, they see no reason to doubt those warnings—especially if they feel that life has not treated them fairly. Suddenly, their difficult situation makes sense: Their struggles can be traced to persecution rather than to mistakes or bad choices they might have made throughout their lives. It’s always easier and more comforting to point the finger of blame at others than at ourselves. And that’s what evangelicals have been doing too commonly for far too long. We evangelicals need to learn and remember this: When looking for faults, first look in the mirror.

Eventually They Will Bite Back

I, for one, have never experienced any persecution because of my faith. The challenges I’ve faced throughout my 65 years can be traced either to the challenging world we live in or to my own bad choices. I’m confident that if most American evangelicals were to honestly reflect on their lives, they too would have to admit that they’d suffered no persecution for their beliefs. But, rather than enduring deep self-reflection, it’s much easier to bark along in response to demagogues’ dog whistles hyping a narrative of liberal boogeymen out to get them. And that barking too often escalates to biting. We in the minority can bite only so long before those in the majority bite back.