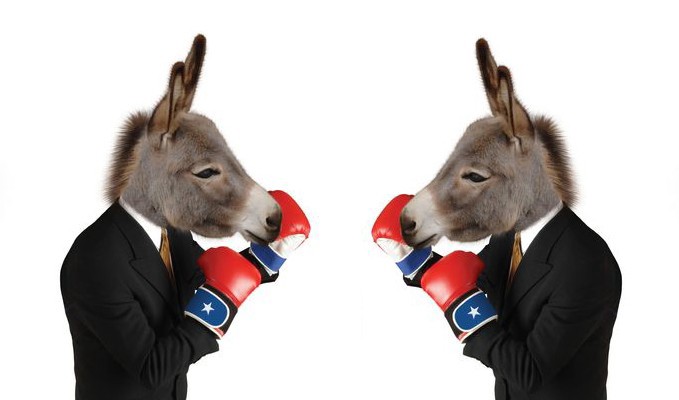 It’s time to state the obvious: Beating Donald Trump must be the main objective in the 2020 election. While we all may have our personal favorites, and should proudly vote for that person in the primary, when it comes to November 3, whoever is the Democratic nominee deserves all of our support.

No matter who it is.

I know this upsets a lot of people. Ideological purity tests are running rampant all over social media. “But wait, he’s too far to the left.” “Hold on. We need to excite the base and increase the turnout. Only a real progressive can do that.” I’ve heard and seen them all. Everyone’s nerves are frayed. We know what the King is doing to our democracy, and none of us want to see what another four years of Trump will do to our beloved country.

Right now, the bane of all of the hand-wringing is the front-runner status of Senator Bernie Sanders. The latest polls show him with a small lead over the rest of the Democratic field. Former Vice-President Joe Biden is seemingly losing support in the African-American community, a group he’s been counting on since he announced his candidacy several months ago. Some have said he’s in a free for all.

I’m not quite going down that road yet, but clearly, it’s been a tough few weeks for Biden. We’ll see how he does today in New Hampshire, but it seems he’s already conceded it’s not going to go well for him there, his trip tonight to South Carolina being a pretty good indicator. But remember, Super Tuesday is less than a month away, on March 3. 11 primaries and caucuses happen on that day. If Biden underperforms, we could be seeing an early exit from the campaign. But, if he does well, it will surely keep him in the game.

But Biden has lost traction. For the longest time, he was the clear front-runner; for many, he was the logical choice. He had strong support from the African-American community. He was seen as a safe choice for moderate democrats and independents, as well as disaffected ‘never Trumpers’ and actual 2016 Trump voters. So, if Biden isn’t going to be the guy, where do these people go?

It’s highly doubtful they’ll go with progressive wingers Sanders or Senator Elizabeth Warren, who also has seen her stock go down in recent weeks, by the way. Perhaps Pete Buttigieg or Senator Amy Klobuchar will provide a haven for the moderates. But even that isn’t a given at this point.

But it’s Sanders who gives so many in the Democratic Party such a headache. I saw strategist James Carville blow a gasket over the weekend, warning the Democrats not to go ‘crazy.’ It was a shot across the bow at Sanders and his left-wing insurgent platform. Carville was hired to rescue Senator Michael Bennet’s struggling campaign, so he has a stake in how this goes. But, he’s not the only one warning of impending doom if Sanders wins the nomination.

I want to give a few thoughts on Sanders if I may. First of all, I like the Senator from Vermont. Around 2010 or so, I began listening to progressive talk show host Thom Hartman on satellite radio. Every Friday, Sanders would come on his show and take calls from the audience. Hartman called the segment, “Brunch with Bernie.”

I always looked forward to it. The one thing that always stood out for me was Sanders’ authenticity and honesty. He answered every question thoughtfully, and if he didn’t know the answer, he’d immediately say so. And let’s say that the Bernie Sanders I heard in 2010, is the same Sanders I hear today. The guy never wavers in his belief system. He’s a self-described Democratic socialist and proud of it.

That said, I realize the dismay of many in the Party. It’s not just his platform that worries a lot of people. He comes across as an angry old man. He scares many when he talks about a “political revolution” because of the troubled history of socialistic countries like Cuba and Venezuela. Just the word socialism is enough to drive people crazy.

It also appears that Sanders is the choice of none other than King Trump himself. Are you ready for “Crazy Bernie,” “Sanders the Commie,” or “Socialist Sanders?” Because, if it’s Bernie, you can damn well be sure that’s what we’re going to see. Remember, “Crooked Hillary?” You haven’t seen anything yet. Most Republicans relish the thought of running against Sanders, and unfortunately, they might be correct in their zeal.

Sanders does have a dedicated group of followers, much like Trump, albeit substantially younger for sure. But will that be enough? Can he mobilize the Democratic base, as well as help down-ballot Senate and Congressional candidates?

And here is where I’m going to hold my nose and say something I never thought possible: Mike Bloomberg might win the nomination. Ouch. That one hurts because a few months ago, I wrote a post urging Bloomberg not to run. My friend Jim over at Borden’s Blather disagreed with my assessment at the time. He never explained his reasoning to me, but he didn’t have to. Jim, I think you may have been onto something.

Please understand, though, this is not even close to being an endorsement of Bloomberg of any kind. Let’s call this an opening of the mind, a realization that the election of 2020 is unlike any we’ve seen.

In my previous ‘Bloomberg’ post, I complained that America didn’t need another billionaire buying his way into the competition, let alone going up against another billionaire. You know what? I still feel that way. I still think allowing a guy with more money than God to buy his way in is just plain wrong. And I hope one day that Congress will get their act together and fix this travesty.

But, the rules are the rules, and Bloomberg has every right to do what he’s doing. In fact, the last graph I saw showed him spending upwards of $300 million so far, nearly double the other Democratic billionaire running, Tom Steyer. And it’s working folks. He’s bolting up the national polls, even taking African-American support from Biden along the way.

Bloomberg’s standing in the polls, however, comes with a caveat. He hasn’t been on the debate stage. He hasn’t had to face any of the other Democratic contenders yet. If things keep going the way they’re going, though, that’s going to change. And, I expect, so will the scrutiny of his campaign. Can you imagine Bernie Sanders and Bloomberg on the same stage together? The cable news networks must be salivating at the possibility.

There are certainly pitfalls to Bloomberg being the nominee, but there are upsides as well. One upside already apparent is the fact that the current president of the United States is unnerved by the former Mayor of New York. The ads currently bombing the airwaves are as cutting an indictment to Trump as I’ve seen so far. And to his credit, Bloomberg has stated that he will continue to use his fortune to defeat him, regardless of whether he wins the nomination or not.

So where do the moderates and never Trumpers turn to if Biden continues to sink? Well, besides Klobuchar and Buttigieg, Bloomberg is now a distinct possibility. I may not like it, but at this point, I do not care. Because beating the King—beating Trump, is a necessity. I do have a favorite in this competition. And it certainly isn’t Mike Bloomberg. But because our democracy is hanging by a thread and becoming more perilous by the moment, I’m open to him. How can I not be? Better yet, How can we not be?