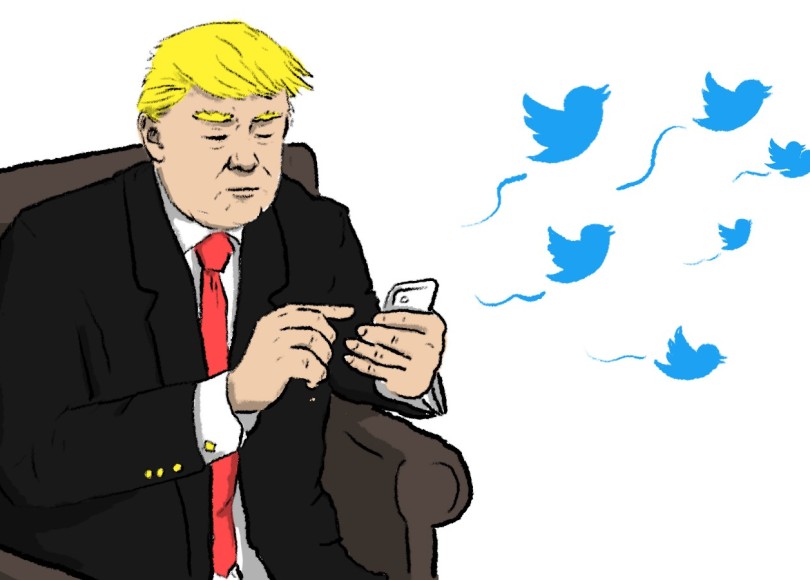 I’m done. Yes, I’m officially done with getting bent out of shape at every racist utterance that comes from this President’s mouth or Twitter feed. How much more evidence do we need that the man is a racist? How many more times will the media fall for this man’s continuing effort to dominate the narrative every single day and distract from the absolute mockery he’s making of our Constitution and democracy? Enough, please.

By no means do I mean to minimize any of the horrific things he’s been saying about specific politicians and other people of note. Whether it’s calling Rep. Elijah Cummings’ district of Baltimore a rat-infested whatever, or telling four Congresswomen of color to go back to where they came from, these are purposeful and hateful comments that deserve condemnation and public ridicule.

But once the condemnation occurs, it’s time to move on. What I’d like to see, is for all of the people who suffer from the Presidents vile attacks to respond with something along the lines of “I reject these statements from the President. He is a racist through and through. Now, next question please.” Perhaps I’m being a bit self-righteous by advising people who are under attack. I get it.

But we’ve all fallen prey to this President’s malignant narcissism during his time in office, and it’s about time we started to ignore him. If more people began to unfollow him on Twitter, and people stated the obvious, that we all know he’s a racist, perhaps the real horrors of this administration would begin to get more coverage. More and more, the concept of the emperor having no clothes seems to be the best way to counteract this man. Ignoring him, rather than appeasing his deep need for attention, would be the ultimate rejection of this lawless President.

I do understand that the media is in a tough place here. After all, he’s the sitting President of the United States, and it’s the office itself that requires in-depth coverage. More often than not, however, they’ve failed us where we’ve needed them the most. If he tweets something outrageous in the morning, which is every day, of course, the media cannot help themselves in getting it out to the public. Then we spend an excessive amount of time parsing his words. What did he mean? Why is he so hateful? Is this nothing more than red meat for his base?

And while all of this is going on, he’s decimating administrative agencies, installing right-wing Federalist Society judges, selling off public lands, nominating political hacks who are more loyal to him than the Constitution, cashing in while foreign dignitaries rent out rooms in his hotel properties, obstructing Congress at every turn, and … you get the idea. If he can control the daily narrative, he can destroy democracy as we know it.

But it’s not just controlling the narrative that motivates this President. He also knows that dividing America serves his political aspirations as well. His base loves this stuff. Once he starts his attacks, the base responds like a pack of wild dogs on social media, supporting him at all costs by labeling the affected parties as being racist themselves. Motivating the base and “owning the libs” has become the focal point of his reelection strategy—unless we do something about it.

Don’t fall for it folks. We know this is what the next 15 months are going to look like. We know the racist attacks will continue unabated, but instead of engaging with those on the other side, label Trump a racist and move on. Otherwise, we’re unwittingly shielding him from the scrutiny he so richly deserves as he continues to urinate on our Constitution.

Already today, we’ve seen the President attack CNN’s Don Lemon for being the dumbest guy on cable news. Of course, it’s because he was the lone person of color on last night’s moderator team. It’s as predictable as the rising sun. But instead of engaging his rabid base on Twitter, I’m going to use the ‘trump is a racist’ hashtag, and move on. There’s no need to explain why it was an offensive comment. It’s a waste of time, and it continues to allow this President to divide and conquer. We cannot let it happen.

The media is going to do what they do. They’ll cover this President wall to wall because they feel they must inform us of ‘official’ presidential statements. But what I’m going to do, is keep in mind a quote from Rachel Maddow that she continues to use from time to time: “Don’t listen to what he says, pay attention to what he does.” If we fail in this regard, we could be looking at another Donald Trump inauguration in 2021. If that doesn’t scare the living hell out of us, nothing will.