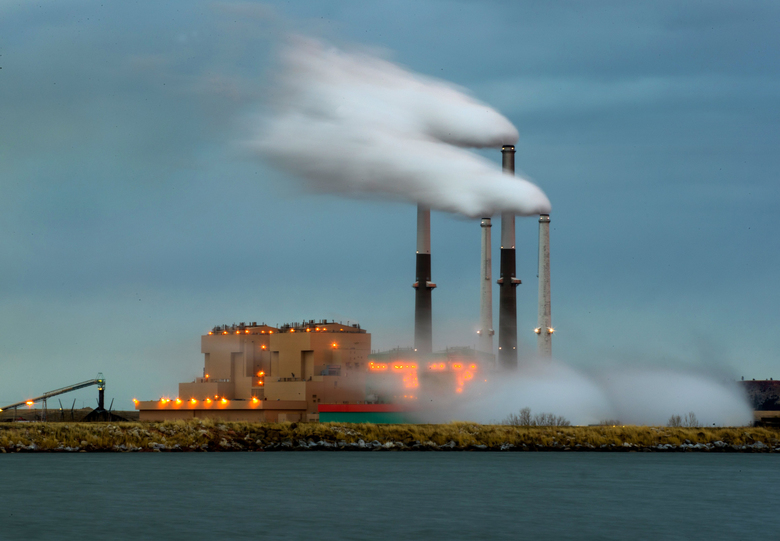 The following Tweet from President Trump may not seem like a big deal but once you fill in the blanks, it’s pretty clear what’s going on here.

Coal is an important part of our electricity generation mix and @TVAnews should give serious consideration to all factors before voting to close viable power plants, like Paradise #3 in Kentucky!

Robert Murray is the CEO of Murray Energy Company, one of the largest coal operators in the United States. He also happens to be one of Mr. Trump’s largest contributors. Not long ago it was revealed that Mr. Murray contributed $1 million to America First Action, which happens to be a leading PAC for the president. In addition, Mr. Murray contributed $300K to Trump’s inauguration fund. The Tweet above is a direct intervention on Mr. Murray’s behalf, for keeping a coal plant open in Kentucky that the TVA is planning on closing.

Nothing to see here. Right?

Not so fast. About a year ago, the New York Times, via Senator Sheldon Whitehouse(D-RI), obtained a memo written by Mr. Murray that was intended for the administration. The memo contained a wish list of 16 requests for environmental rollbacks. A huge portion of Trump’s first year in office was spent reversing most of President Obama’s executive actions on the environment, including most of what Mr. Murray had requested.

There’s really only a couple of things that could be going on here. For one, it could just be that Mr. Trump is merely keeping a promise to his base that he would do everything in his power to keep coal viable as an energy producer for the country. However, it could also be a blatant quid pro quo, rewarding one of his largest contributors with favors. It’s even quite possible that it could be a combination of both. If he does the latter, he not only makes a donor happy, but he also shows his base that he’s keeping his promises.

But does it really matter? Either way, does this not represent  how are democracy works in the 21st century? In a post on this space last week, Money in Politics-Part Two, we see the example of how Justice Anthony Kennedy wrote the majority opinion in the Citizens United decision, in which he blatantly disregarded whether large campaign contributions could possibly influence politicians. In fact, we know that Citizens United was merely one in several Supreme Court decisions that has severely tipped the scales of our democracy toward the rich and powerful.

Most individuals would look at Mr. Trump’s intervention on behalf of Murray Energy and easily conclude what’s going on here. Of course, those in the upper echelon of corporate America would strongly disagree. This is how things are done and the rest of us just need to shut up and get out-of-the-way.

Sorry to disappoint them. Thankfully, we’re in the early stages of the campaign to select a Democratic nominee to run for president in 2020. Most of the Democrats are calling for changes to our campaign finance laws. It was nice to see Massachusetts Senator Elizabeth Warren, in her official rollout last Saturday, mention her dogged determination to change the way things are done in Washington. She’s already unveiled sweeping legislation dealing with corruption and lobbying. Hopefully the other candidates will jump on board.

And slowly but surely, we see some cities around the country experimenting with how we finance elections. While we’ve identified the problems with big money in politics, it’s also going to be our job to showcase innovative ideas on how we can change things.

This post isn’t meant to be a hit job on Mr. Trump. While an easy target, he’s only playing the game the way the rich and powerful have been playing for years. Our Supreme Court continues to make it easy for them.

The status quo is unacceptable.