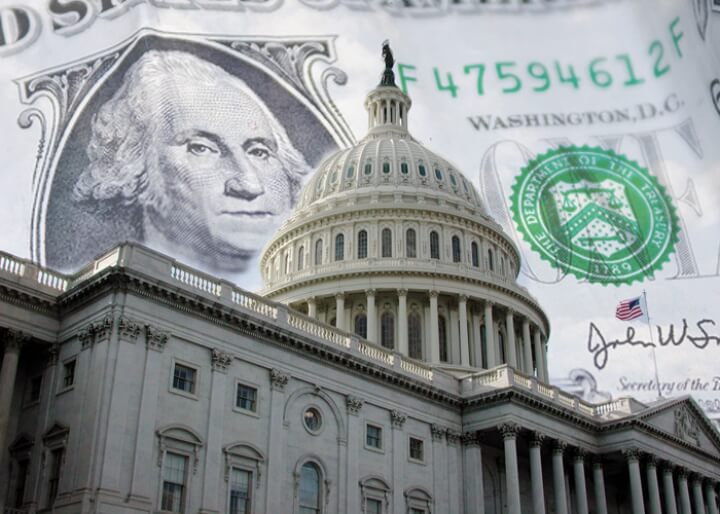 Is it a bribe, or an exercise in free speech?

Frankly, this is where the Supreme Court gets it wrong. First, we know that they’ve determined that corporations are people. Corporate personhood is one of the defining moments of Buckley, as well as several other decisions that have given corporations some of the same protections as individuals. And it’s in that realm where the Court has determined that money is speech. Thus, donations are corporations exercising their First Amendment rights. We can argue this point till we’re blue in the face. But that’s where we are at the moment.

Second though, and this is where our political system becomes ripe for exploitation, the Citizens United decision would lead us to believe that unless you can prove these donations provided a quid-pro-quo; a situation where money changed hands or a politician gave something in return for the donation, then we can’t or shouldn’t place limits on them. Yes, this is the rationale used by Justice Anthony Kennedy, who wrote the majority opinion.

According to Kennedy, all this money going to politicians in no way leads us to believe that it rises to corruption. And just because donors may have some influence over a recipient, doesn’t necessarily mean that officials were corrupted, or that the electorate may lose faith in democracy because of it.

Poll after poll shows that vast majorities of Republican and Democratic voters want a massive overhaul of our campaign finance laws. People know corruption when they see it. Only corporatists like Justice Kennedy and his ilk see it otherwise. Oh, and it seems as though most of the Republican Party agrees with him. When it comes to money in politics, the Supreme Court and the Republican Party seem in lock-step.

Look, we know Democrats aren’t pure here. Many partake in the game and only play by the rules as they exist in present form. But at least the party itself is moving in a positive direction. We know that come 2020, Donald Trump will not be the one to champion radical change in our campaign finance laws. Yes, he said some positive things when he ran in 2016. He talked about how the system is rigged. But have we heard one thing on this issue since he’s been president? Absolutely not. In fact, the swamp he so often talked about ridding our system of when he ran for president, has become thicker … not thinner.

Again, Mitch McConnell wants to repeal the estate tax. Of all the pressing problems facing our country, he decides that this is a burning issue we’ve got to deal with. So few families would be affected. People like Sheldon Adelson … the Koch brothers … Robert Mercer … these are the people who would reap billions by repealing the estate tax. Gee, they also happen to be some of the biggest donors on the face of the earth.

According to Justice Kennedy? Nothing to see here.

The Rise of Super PACs and Dark Money

But perhaps even more alarming than the rise of lobbying and PAC activity in our political system is the meteoric rise of Super PACs. According to Opensecrets.org, Super PACs are a relatively new type of committee that arose following the 2010 federal court decision in a case known as SpeechNow.org v. Federal Election Commission. Super PACs may raise unlimited sums of money from corporations, unions, associations, and individuals, then spend unlimited amounts to advocate for or against political candidates overtly. This differs from traditional PACs in that Super PAC donations cannot go directly to political candidates.

We can only imagine what’s in store for the upcoming presidential cycle in 2020.

And while the seemingly unlimited flow of money continues unabated into all of the political action committees, at least their donors are required by law to be disclosed. With the rise of politically active nonprofits, this isn’t the case. Dating back to the 2008 election cycle, these so-called 501(c)(4)s and 501(c)(6)s have become a significant force, contributing close to $1 billion, all undisclosed ‘dark money.’ While the political activity of these groups is supposed to be limited, the IRS, which has jurisdiction over them, has done little to rein them in.

What can we do?

To the casual observer, it would seem that things are spiraling out of control: unlimited donations … the rise of dark money … corporate influence peddling … a revolving door of lobbyists. Isn’t there something missing in this equation? What about concerned everyday Americans? Will we ever see a more even playing field for the rest of us out here struggling to stay afloat in a system currently rigged for the rich and powerful?

If these were easy problems to solve, it would have been done by now. The powerful and elite among us are entrenched. Giving up that power, or even ceding some of it for the benefit of society as a whole seems far-fetched at best.

But in 2020 there’s a chance; a real opportunity to shed light on our out of control system of government that continues to reward the well-connected. We know there will be several Democratic challengers to Donald Trump. It’s really up to us: the voters. By remaining active … by calling their campaigns … showing up at rallies … insisting on a total overhaul in how we elect our candidates for federal office … only then can we expect to see anything resembling a real debate on this issue.

Where do the two-parties stand?

To be clear, both Republicans and Democrats operate under the system we now have. In other words, it is what it is. You play with the cards you’re dealt. So in that sense, it really is a ‘both sides do it’ situation. But as far as which party at least pays more than lip service to trying to make it better, it’s clear that the Democrats are out front on this, especially when you look at individual Democrats who have announced or are expecting to announce their candidacies for the 2020 presidential election.

Senator Bernie Sanders (an Independent, but he’ll run as a Democrat for President), and Senator Elizabeth Warren have been outspoken on this issue. Both have railed against corporate influence on our politicians. Both have come out against the Citizens United Supreme Court decision. In addition, Senator Warren proposed the Anti-Corruption and Public Integrity Act in 2018, which would among other things, institute a multi-year lobbying ban for federal employees; require the president and vice-president to place any potential conflict of interest financial assets into a blind trust; ban direct political donations from lobbyists to Congressional members; ban US lobbyists from receiving money from foreign entities; expand public disclosure of lobbyist activities.

Both Sanders and Warren support the Disclose Act, which would make campaign finances more transparent and ban U.S. Corporations controlled by foreign interests from making political expenditures. Sanders has also been a vocal proponent of a constitutional amendment overturning Citizens United. As more and more Democrats declare their intentions for 2020, we can only hope they will continue the conversation that Warren and Sanders have begun on the importance of overhauling the way we elect our government leaders.

And speaking of the Disclose Act, nothing highlights where the two parties stand as far as campaign finance reform goes. There were two versions of the Act, one in the House (H.R. 5175), and one in the Senate (S. 3628). The House version included 114 co-sponsors, of which only two were Republicans. The Senate version had 27 co-sponsors – all Democrats. We’re just not hearing from Republicans on this issue, and with Mitch McConnell still Majority Leader in the Senate, we know it’s not one of his priorities.

To be clear, most of the Democrats who will be running for president in 2020 will be rejecting corporate PAC money. While not an overwhelming amount of money is raised from these PACs, nonetheless it represents, at least symbolically, the direction the party is headed. Indeed, more than anything, it places a real priority on big money in politics, and it would behoove all the Democratic candidates to continue pressing the issue.

We know Republican are not up for this fight. The only way to enact change—a significant change, is to put pressure on the opposing party. And even then, it’s not a given that they will be moved to act. We know the power-brokers who inhabit Washington will not succumb easily. With so many pressing issues facing our country, ridding ourselves of big money in politics never ranks high with the American people. In many ways, it’s because the prospect of this monumental change seems so out of reach.

It’s up to us … the voters. Everyone can make a difference. Throughout the 2020 election cycle, you can count on this space to hold the Democratic candidates for president accountable on this issue.

We’ve identified the problems. Now it’s time for solutions. Senator Warren is on the right track. In the future, we’ll make sure to identify how some states and local communities are trying to level the playing field. Allowing everyday Americans the opportunity to participate in our electoral process should always be the ultimate goal.

It’s way passed time to get to work.