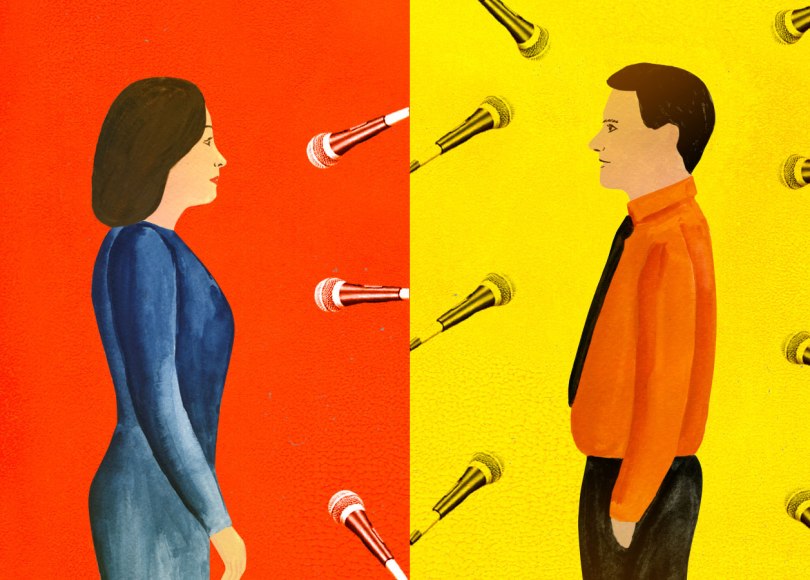 To dovetail on our post yesterday, which noted the heroic greeting Mitt Romney has received since his swearing-in on January 3rd, let it be said that misogyny is alive and well amongst the political punditry. It’s been on full display this week. Oh, and can we mention the double-standard too?

Here’s the deal. A couple of things happened over the last few days that highlight how far we have to go in America as it relates to how women in politics are treated compared to their male counterparts. Case in point, Romney has been widely praised for his Washington Post op-ed where he called out President Trump for his lack of moral clarity and other leadership issues. Great. Good for him. At least someone in the Republican Party is speaking out. We need more of this, and if Romney wants to be the standard-bearer, so be it.

But something else happened this past week as well. Senator Elizabeth Warren announced that she was forming an exploratory committee to seek the nomination for president of the United States. But instead of the media lavishing praise on Warren for her bold move, what we heard was nothing short of a personal attack on her character and personality. She’s polarizing. She’s not likable. She has a shrill voice … all of the above. And while it would be easy to say that this was all coming from the Republican side of the aisle, it’s just not true. Many Democrats, especially some prominent ones on Twitter, were highly critical of Warren, including from women themselves.

Why is it that Mitt Romney, who has lost so many elections in the past, including the one for the office he covets so much, is praised for standing up to Trump when there’s so much evidence to the contrary that he has any credibility on this issue? In 2012, in the midst of his campaign against Barack Obama, he accepted the endorsement of Trump, the same Trump who championed the idea that Obama was not born in America. Yes, the birther-in-chief himself. He calls Trump a fraud in 2016, only to accept an invitation to dinner after the election in the hope of being offered the job of Secretary of State. But now we’re supposed to believe that Romney is a principled foil to Trump, a distinguished politician saving us from oblivion?

And while the reaction to Warren was predictable, can we also mention how Hillary Clinton has been treated since she lost to Trump? She’s been very outspoken in her criticism of Trump’s conduct as president. But we’re told that she needs to shut up and go away. Again, she’s not likable …  nobody wants to hear from her. Sound familiar? And let’s not overlook the fact this criticism is not just coming from men either. Women have chimed in as well. What gives?

It’s clear that our societal and cultural attitudes as it pertains to women have a long way to go. However, this is not to say that progress has not been made. In fact, the gains women have made in the political arena are impressive, to say the least. The 2018 mid-terms proved that. But the misogyny and double-standard are not going away either. Maybe twenty years from now this will not be an issue.

Until then, can we at least give Elizabeth Warren a chance? Can we see how she does on the campaign trail against other Democrats? She’s earned that right, just as Hillary Clinton has earned the right to say what she wants when she wants. I realize the media loves the horse-race nature of a presidential campaign. It’s expected that many women will declare themselves candidates for president on the Democratic side this year. Let’s hope we focus on what they’re saying, not what they’re wearing.

It certainly doesn’t help when the current president of the United States has a bit of a problem when it comes to women. Trump’s misogyny has been well-documented. It would be nice if he could conduct himself honorably as the campaign begins to emerge over the next year. Unfortunately, the chances of that happening seem remote at best.

That being said, as long as we’re all conscious that the double-standard and misogyny are still out there, we can confront it and call it out for what it is. That’s the only way we will ever achieve the balance that’s been so sorely lacking in the past. As the Democrats, men and women alike, begin to declare their candidacies for president, let’s do all ourselves a favor and give them a chance to make their case.

How about we focus on the issues … not the personalities?