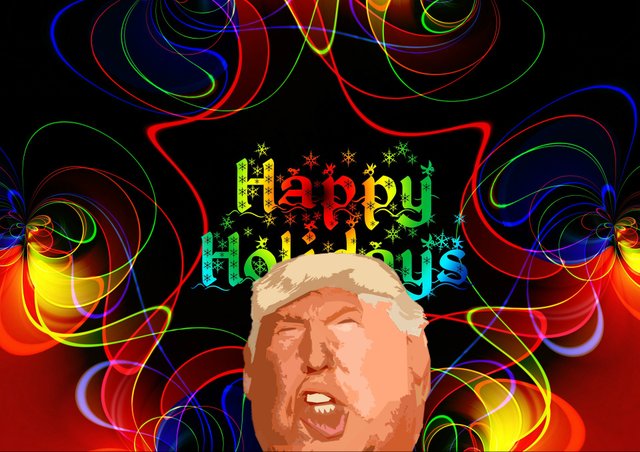 The Secretary of the Treasury called bank CEO’s while vacationing in Cabo.

Trump thanks the Saudi dictatorship for agreeing to rebuild Syria.

Taxpayers are on the hook for 250k so Trumps sons could travel overseas to conduct business.

Report says Trump wants to fire Federal Reserve Chairman … the man he nominated. He can’t, unless for cause.

Partial government shutdown continues … over a wall that Mexico was supposed to pay for.

One of the top anti-ISIS officials resigns in protest over Trumps Syria withdrawal plans.

Thousands of immigrants are still in detention centers.

So this is where we are in America on Christmas Eve, 2018. As the year comes to a close, Congressional Republicans continue to act as if the current president is not a clear and present danger to the United States. Those of us on the left-side of the political aisle see things drastically different.

We don’t have a crystal ball for 2019. If we did, I’d like to think it would show that Donald Trump will not finish his term. But, it’s not a foregone conclusion. He still maintains strong support from Republicans. Trying to predict his fate is pointless.

What we can predict though? Accountability. Yes, it’s coming on January 3, 2019. We must be thankful for that. The American people spoke on November 6 … loud and clear. This president, more than any before him, deserves and will get a thorough examination of actions he’s taken as president. No stone can be left unturned.

I call it a political reckoning.

To end on a positive note, I’d like to thank our followers for giving us a chance. We’re still evolving. We’re still a work-in-progress. We’re trying to make some sense in the crazy political world we find ourselves in. 2019 promises an even more challenging way forward. We hope you stick with us and come along for the ride ahead.

Merry Christmas and Happy Holidays to all of you.