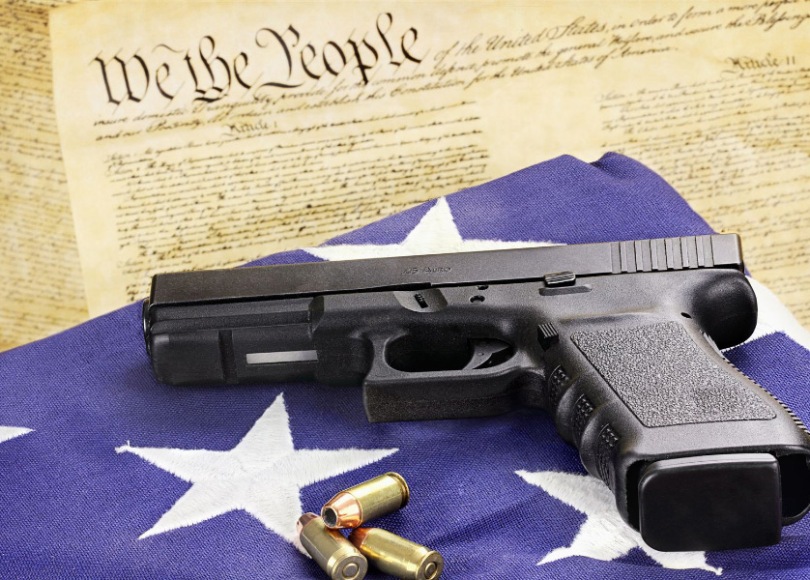 These statistics are numbing. They’re pathetic. They’re horrific. Yet, as Americans we’re told by the National Rifle Association that nothing can be done. We’re told that our Second Amendment rights are so precious … so inalienable … that any legislation suggesting even the slightest regulation or licensing requirement to owning a gun is an affront to our democracy.

Why do we continue to accept this? Why have we let the NRA and the complicit politicians in Washington, D.C hijack the rights of every day citizens to be protected from the menace that is guns in America?

As Americans, we’ve become desensitized. The news every day is tragic. Most mass shootings don’t even garner a blip on the radar screen. Mass shootings are recognized as those that involve four or more people. We’ve had Parkland. We’ve had Las Vegas. We’ve had Pittsburgh. All of these incidents were covered in-depth by the media, and rightly so. But how many others don’t even get a mention? That’s how far we’ve fallen as a country. And we continue to let the NRA and other overly zealous gun supporters grab the narrative. A few days and weeks go by, and we move on.

Until the next one. And the one after that …

The thing is, we can do better. We must do better. There are other examples in other democracies where this is not an issue. Yes, we hear all of the time, the excuse that America is different from these other countries. Our Constitution is different. Our population is different. We can’t possibly restrict gun ownership because a tyrannical government could be just around the corner.

What it really comes down to is political will. We don’t have it in Washington, D.C. We don’t have leadership. Well, we do but the ones that do speak out are on one side of the political aisle. The ones who offer thoughts and prayers are on the other side of the political aisle. Is it asking too much for even one leader on that side to speak out even though it might cost them politically? Is the job they hold so dear and so coveted that even the possibility of losing it because of a principled stand is out of the question?

To be fair, most Democrats can be for more gun regulation and not fear for their jobs. They know that most of their constituents sing from the same hymnal. And there are Democrats that do take money from the NRA. But let’s be honest. The Republican Party is in lock step with the NRA. There’s no argument. Millions of dollars have ended up in too many Republican campaigns to even bother listing; courtesy of the NRA. It’s why after every sensationalized shooting, we get the same refrain … the same response … and the same lack of action.

The bottom line is, we keep hoping for someone on that side of the political aisle to step out in front of this issue and demand action on reducing gun violence. And each time they fail to come through. Principled stances be damned.

But it’s not that way everywhere. It certainly wasn’t that way in Australia when they decided enough was enough. Although having experienced mass shootings before, the Port Arthur Massacre in 1996 was deemed so horrific … so tragic … that it was time for decisive action. 35 people were killed and 23 wounded.

Out of this came the National Firearms Agreement – legislation that outlawed automatic and semi-automatic rifles, as well as pump-action shotguns. The government also implemented a nationwide gun buyback program that saw more than 640,000 weapons turned in to authorities.

It’s been 22 years since Australia took decisive action. And the amount of mass shootings since then?

One. Up until a father killed himself and six members of his family in May of this year, there had been no mass shootings.

You might think that only a politician on the left could possibly enact such sweeping regulations on guns. If you thought that, you’d be wrong. Conservative Prime Minister John Howard, a close ally to George W. Bush, spearheaded the effort. Yes, he faced scrutiny and fierce resistance to his actions but he did what politicians in America keep failing to do. He did what he thought was the right thing and used political capital to enact change.

Are you listening Republicans?

In the Prime Ministers case, the fallout did not hurt him in the long run because he went on to serve another ten years. There were others though that took the same stand and didn’t fare as well as Howard. The Honorable Rob Borbridge, Premier of the conservative Queensland Province at that time, backed the Firearms Agreement and paid the price a couple of years later by losing his reelection. He knew that by backing the Agreement, he would be facing an uphill battle to keep his position. Yet, he did it anyway. Yes, political courage at its best. If only we had a few like him in America.

The following video from five years ago on The Daily Show with John Stewart takes a cynical look the gun control issue. Here, John Oliver interviews Mr. Borbridge over his principled stand versus the cowardly actions of American politicians. Yes, the video is dated, but no less prescient.

It’s not pretty. And frankly, Democrats do not come out looking good here. We must keep in mind though that the video is five years old. We must also keep in mind that we’ve had scores of mass shootings since then. And we must also acknowledge that the Democrats have at least tried to enact even the most watered down regulations … to no avail. When we can’t even enact a universal background check bill after twenty innocent little kids are massacred at Sandy Hook, it’s hard not to become despondent.

But, we cannot become despondent. It’s what the gun lobby wants us to do. We need to keep pushing and pushing. The kids who suffered through the Parkland mass shooting have shown more courage than any Republican politician in Washington. We should all be grateful for what they’re trying to do. We need more of this. Sometimes shaming politicians into submission is the only way to get them to wake up.

And to be clear, it’s going to take someone on the conservative side to step up if we’re going to get any kind of action on gun control. That’s how it got done in Australia. That’s exactly how it can be cone here. Can you imagine Donald Trump holding rallies in rural-America, urging his most ardent followers to get behind stringent gun control legislation because it will be a good thing for the country?

No, I can’t either. But, that’s what it’s going to take. We know another mass shooting will take place at some point. Sadly, it’s part of the fabric of society in America these days.

The question is, how long is the Republican Party going to let it happen?