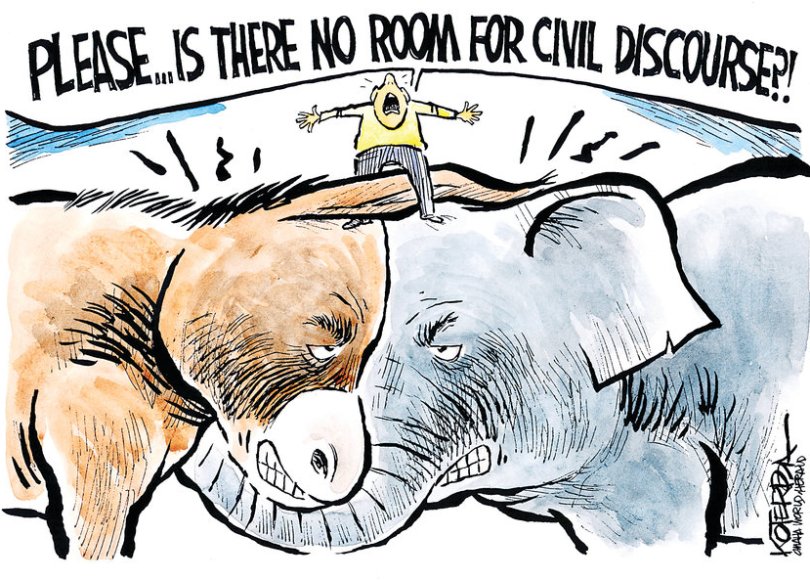 The news of the past week has been blinding beyond belief. What started out as  continued coverage of the brutal murder of a Washington Post columnist by the Saudi’s, quickly turned into the massive manhunt going on to find out who was sending pipe bombs to various Democratic critics of President Trump. And now … just today … another mass shooting. At a synagogue.

A hate crime. A massacre. Another day in America. When is this going to stop?

Beyond the horrors of all of these stories however, is the common thread I have witnessed on Twitter. It’s a thread that occurs whenever there is a blockbuster event or scandal, which either implicates the current president, or at the very least, makes him look very bad.

It goes like this. First, we have the event. The media reports out the facts as they see it. The president either makes a statement refuting the reports and labels it “fake news,” or he changes his statement later on in the day, or with a late night tweet. Over the course of a particular event or story, we may see the president offer several lines of defense or different versions of what actually happened.

By early evening, everyone’s head is spinning from the constant chaos.

Twitter of course, is a place to say what you want, when you want. You can respond to breaking news as you see fit. I joined Twitter in early 2017 because I was very concerned. The election of Donald Trump in 2016 inspired me to speak out more than I ever have before … on the internet public square.

But it also offers me a chance to correspond with, and react to, voices on the other side of the political spectrum. In many ways, the chaos that surrounds this president is a perfect fit for Twitter. And it has given me much insight into the minds of some of the president’s most ardent supporters.

And that brings me back to my point earlier about the common thread I see on Twitter, as it pertains to this president and his supporters. It doesn’t take long before a theme develops throughout the day. Usually those on the left will react to the story in a negative way because the story, in most cases, casts the president in that manner. Then we start to see a strong and powerful defense from his supporters. Pretty soon, they’re all on the same page, singing from the same hymnal … over and over.

The events of the past week were perhaps the best example of this behavior, especially the apprehension of the so-called “MAGA Bomber.” As word came down of his arrest, it became quite clear that he had been an avid fan of Donald Trump.

We began to see images of the perpetrator’s van, which showed several bumper stickers that were straight out of the far-right conspiracy theory playbook. And right on cue, the defense of Trump began: ‘no way a conservative did this … it must have been someone on the left … look how new those stickers are … no way could those stickers survive the hot Florida sun like that … surely it’s a Democrat hoax.’

But again, this is typical. I see it every day. I follow just a few on the right. But it’s enough that I get a real sense of what they’re thinking. Luckily, some of those that I do follow are actually very civil. Yes, there are some I’ve corresponded with who either block me or end up calling me vile names … that’s ok … I have a thick skin. But it’s the civil ones that I try to engage with.

So why in the hell do I engage them? Why do I waste my time when I know it will be to no avail? Because even if I can’t change their minds, I know I’m making them think. I want them to try to prove their points to me. Sometimes they will send me a link to an article. Sometimes they will throw a few statistics at me. And of course more often than not, I will be served with the inevitable: What about Obama … what about Hillary?

My point in all of this? We can learn quite a bit about people if we engage them in a civil manner. To be sure, I’m not immune to blowing my stack. Some of my tweets have probably gone overboard. After all, we’re in challenging times and it’s hard to keep emotions in check. If I’m confronted harshly, I will respond appropriately. Make no mistake, there are those out there who do not take kindly to criticism of this president. So be it.

Finally, yesterday is a prime example of how engaging civilly with someone can actually end in a positive way. I responded to a tweet from a Trump supporter by simply asking her to call for this president to tone down his rhetoric. I wrote of how his rhetoric had been toxic and incendiary. If he would take it down a notch or two, it may start to heal the immense division that exists in the country.

She didn’t agree. Her response was that it was the media’s fault. If only they weren’t so negative towards this president, perhaps he wouldn’t react so harshly. We went back and forth for a while but I knew she was not about to change her opinion. So, I thanked her for the dialogue and she thanked me back. We agreed to disagree. We parted ways amicably.

Changing the mind of an ardent Trump supporter is next to impossible. Once they establish that common thread of defense, there’s no chance to win them over. But I’m not going to give up. If I make them think, I’ve done my job. If I can plant even a small seed of doubt in their mind, I’ve made a difference.