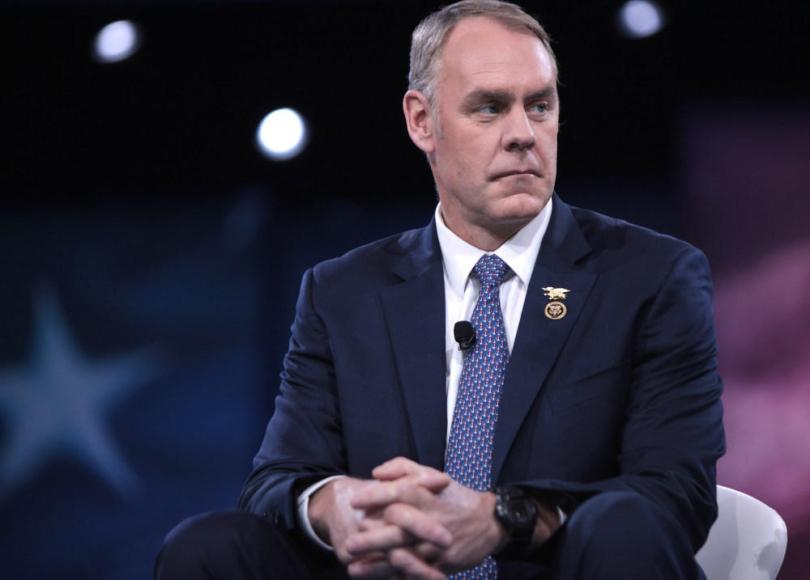 A few weeks ago we began our series of posts highlighting the catastrophic effects of human activity on the planet. In today’s Climate Change Tuesday post, we focus on Secretary of the Interior Ryan Zinke’s declaration that the recent rash of wildfires has nothing to do with climate change. In fact, Zinke has said “radical environmentalists”  are to blame for the severity of recent wildfires.

According to Zinke, we need to increase logging and tree-clearing in order to halt the dangerous volatility and spreading of wildfires, especially in the parched Southwest region of the country. Mr. Zinke claims the environmentalists stand in the way of aggressive deforestation, actions he says are needed to combat the wildfires currently destroying thousands of acres of land.

As is so often the case with the current administration, nuance and science are two words that don’t exist in the English language. There are many reasons for the increase in wildfire activity, but most of the world’s scientists agree climate change is directly contributing to the fires. Zinke, of course, leaves out this fact. So instead, he criticizes environmentalists.

Should we be surprised? Zinke’s boss, the president of the United States, does not believe in climate change. He thinks it’s a hoax. For his part, Zinke has done nothing during his time at Interior to circumvent that belief. In fact, he has aligned himself with the timber, fossil fuel and mineral industries, all of which clearly are interested in nothing but increasing their bottom lines.

On a personal note, as a resident of the Pacific Northwest, I was horrified when the administration announced plans to open the Pacific Ocean to more drilling. There had been a moratorium on such drilling for more than 30 years. But Zinke’s draft of a five-year leasing plan would reverse the moratorium. Luckily, the three Democratic governors in charge of the states in question are vehemently against the move and are fighting it in court. If not for the courts and state governments, who knows how much damage Trump and his team could do.

I’ve included two links at the top of this post that deal with Zinke’s comments on the wildfires (from ThinkProgress.org), as well as a more in-depth look at how climate change predictions by scientists from decades past are being proved true on a daily basis (from the Washington Post via the Chicago Tribune).

If you’re concerned with the actions of the Trump administration concerning our planet, these posts are required reading. Every day, it seems, this administration goes out of its way to please corporations and wealthy donors rather than serve the American people. Our goal in this space is to highlight their actions, hold them accountable and let the facts speak for themselves. Yes, facts from this administration are hard to come by.

It’s the least we can do to help Trump and his minions.