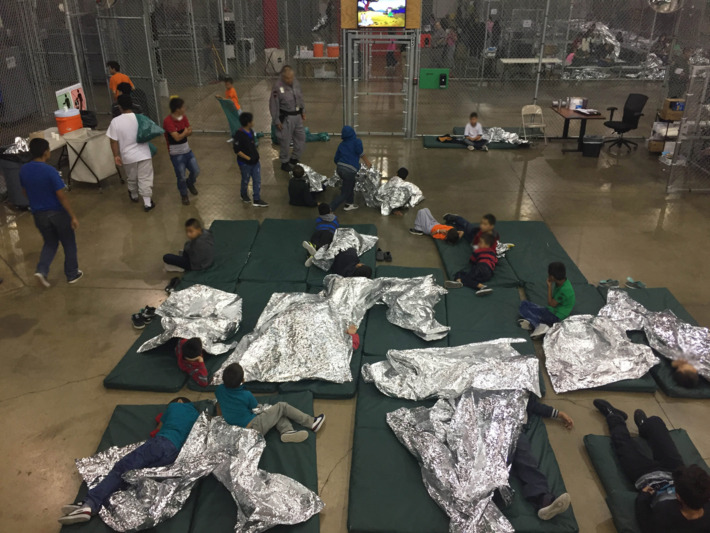 As I walked the other day with my two dogs along a beautiful trail along the Southern Oregon coast my mind began to drift. This happens occasionally. I find these trails therapeutic. It’s as if the natural beauty of my surroundings…the waves crashing against the huge rock formations…the vibrant colors of the plentiful coastal vegetation…the thousands upon thousands of trees…..has the effect of opening my mind to many things. Sometimes I become overwhelmed with emotion. I feel so lucky I’m able to live my life so close to nature in such an environmentally diverse area. But other times something else happens. Sometimes there are things happening in the world that make me angry. Sometimes I feel hopeless. Unfortunately, instead of happiness or an overall feeling of well-being, this particular hike took me to a darker side. It’s a side of life I don’t relish, and I wish it didn’t occur. But when it hits me it lands like a sucker punch to the gut. The recent Trump administration ‘zero tolerance’ policy, which has resulted in thousands of kids being separated from their parents, was the culprit.

But while my anger and horror was real and profound, I also found myself reminiscing. Reminiscing about a previous time in my life as a young child in the 1960’s. During those years the Vietnam War was raging. In 1968 I was only 7 years old. But I had two older brothers, as well as an older sister and as the protests grew louder in the streets, both of my brothers were reaching the age at which they started to worry about being drafted into the armed services. Using that as a backdrop, what I remember prominently during that period of time was what I saw on television night after night.

Yes, I was very young. But the images shown on television during those years from Vietnam left an indelible imprint on my soul, an imprint that still permeates to this day. I saw soldiers in fatigues and helmets. I saw them carrying rifles and grenades. I saw them going into villages, not knowing what might lie in wait for them. I saw stretchers with wounded men, bleeding profusely or with makeshift casts on their bodies. I remember the choppers hovering above, explosions all over the place.

And how was it that I saw these things? How was it that the American public was allowed to see this nightmare happening before us on a nightly basis? Reporters. Yes, the media. The media were there. Brave men and women telling us the stories of war. Night after night, Dan Rather, Morley Safer, Peter Jennings, and Walter Cronkite to name but a few, were relentless in their pursuit of the truth. What we saw there had a profound impact on the American public and in many ways hastened the end of that war. In fact, it was Cronkite who came to the conclusion that America could not win the war. He was there on the front lines, had a lot of credibility with the public and for a journalist such as him to say this so forcefully, people took notice. Legend has it of course that President Johnson himself had proclaimed, “If I’ve lost Cronkite, I’ve lost Middle-America.”

So what does this have to do with what is going on now at our Southern border? By no means am I conflating the Vietnam War with an abhorrent immigration policy enacted by a clueless president. But what I am conflating is the value of journalists in our country. The media gets a bad rap these days, much of it due to one person and one person only: the president of the United States, and his labeling of most media as ‘fake news’. We can debate the effectiveness of the media on a variety of subjects, not least of which is how they covered this president during the campaign of 2016. But what we can’t argue is how many in the media right now are providing the American public with an eyewitness account of what is going on at the border. I think of it as real journalism.

These are brave people. Obviously not as harrowing as reporting from a war zone but no less important . They’re providing a service. This is an administration that has an aversion to the truth on a daily basis. If not for the media, who would be providing this check on the administration? Certainly not politicians from Trump’s own party. Some have spoken out over the separation issue but the idea they will hold this administration accountable is laughable at best.

It’s time to give credit where credit is due. I cannot sit by and listen to the constant bashing of the media from this president and others on the right. When they do the public a service, a service by which they are ingrained to do from the Constitution itself, they should be lauded and encouraged. Calling out an administration for the daily lies and incompetence regarding this issue is heroic and necessary, just as their predecessors did some 50 years ago. Cronkite, Rather, and others showed us what responsible journalism is all about. Thankfully, that same tradition carries on today.

About a week ago as I watched the Rachel Maddow show on MSNBC, some breaking news had just reached her desk, roughly two minutes before the end of the show. The news was that toddlers, some age 5 or less were being transferred to so-called ‘tender age’ facilities without their parents. As Maddow read the news, she choked up. She paused. She tried to gather herself. Her show ended. The right-wing and other Trump enthusiasts called her a ‘snowflake’, the pejorative word they like to use for liberals. Me? I call her a hero. It was a real moment from a real journalist. Walter Cronkite would be proud.